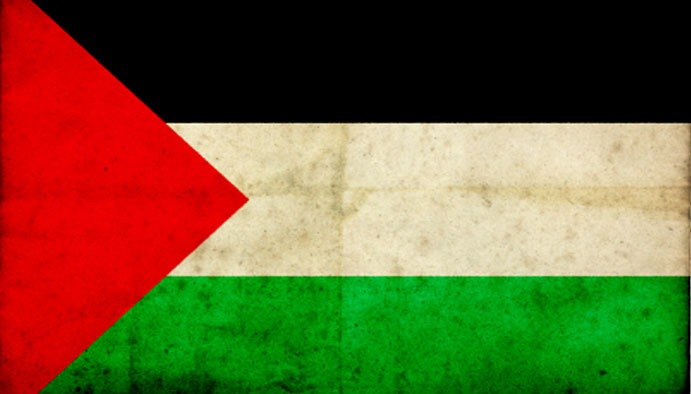 KUSU: No Palestinian flag above our door

Written by Christian Eede on December 3 2014

In response to considerable student outrage, the  KUSU heavily amended last week a motion that encouraged the Student Union to fly the Palestinian flag from its offices.

A meeting of the Student Executive, delayed so that SU members could vote to pass a further motion on allowing other students in, saw a number of the proposals changed.

“It was a very serious political debate that has not had enough time to cultivate within the students at KU,” said KUSU’s VP Learning & Teaching, Noor Khan. “We, as officers, decided to enter the students into this debate.

“Students got to see that within the Student Union, the Palestine/Israel conflict is taken very seriously and despite the fact that not everyone agreed with the amendments I put forward, they have done more for the Palestinian solidarity than the original motion would have.”

Khan said that KUSU plans further motions regarding the conflict at the next AGM in order to encourage students to get involved in the issue.

“It is fantastic that we have a certain number of students who are passionate about this topic, but if we can inform all the students, we can involve them in forming their own opinion on this.”

The original motion raised at an Emergency General Meeting (EGM) on November 17, by External Campaigns Officer Alistair Farrow, was brought up for further consideration at the Executive meeting on November 26 because it failed to attract the 100 voters it required.

The initial motion, titled ‘Freedom of Palestine’, proposed that KUSU fly the Palestinian flag from its offices and lobby Kingston Council to do the same, in a show of solidarity with the Palestinian people.

The proposal also suggested that KUSU lobby the university to both offer fully-funded scholarships to Palestinian students and boycott companies, such as Hewlett Packard, that allegedly benefit from the occupation of the West Bank and Gaza.

The amendments removed the company boycott and flag elements of the motion replacing them with a pledge to show solidarity with Palestine and raise money and organise events to spread awareness of the conflict.

Speaking before the meeting, Alistair Farrow said that the raising of the flag would create a point of attraction for students around the issue.

“The main part of putting forward the motion for me was that it could mean that KUSU has to come into conflict with management rather than shying away from it,” said Farrow, 27.

“Our current president is in talks with senior management about taking a position with the university, so, far from doing what a Student Union should be doing, like taking principled positions on political issues and campaigning on students’ real interests, SU officers are falling into the trap of waiting out their time in office before taking some nice job at the end of it.”

Farrow said that there were tensions within the SU over the issue and that some members of the sabbatical team were quite against the motion.

Opposing the motion at the original EGM, Naveena Satter, the SU’s VP Student Life officer, said that it needed to acknowledge the suffering of the Israel people as a result of their government’s actions.

“This motion overlooks a lot of complex issues that are going on between Palestine and Israel,” she said. “We should think of our students that come here that might be Jewish or from Israel and may think that the SU is against them with this policy.”

Following the meeting of the Student Executive on November 26, Satter declined to comment.

“[Flying the flag] raises morale and if a lot of people don’t know what it’s about, they can ask and people will tell them so they can learn more about it and awareness spreads,” said Amel Badri, of KU Palestinian Society, before the vote of the Student Executive.

Badri also disagreed with Noor Khan’s argument at the original EGM, that the SU should focus more on issues closer to home; saying that the motion being passed would not prevent any debate or passing of other motions by KUSU.

“There are people from more than 130 countries around the world studying at Kingston and the University is committed to doing everything it can to support each of them individually,” said a KU spokesperson ahead of the meeting.

“As can be seen in the University’s One Kingston diversity, equality and inclusion strategy, we ensure an inclusive environment; knowing our staff, students and visitors will want to study, work and visit with us if we respect the rights of individuals and groups to hold their own views and values, but we will not tolerate these to be presented in a way that intimidates, degrades or is hostile to others.”

The spokesperson also said that KU does not believe the raising of the Palestinian flag would be in-keeping with this policy and that the university is not specifically tied to Hewlett Packard and is currently moving away from supplying their equipment.

“As a publicly-funded organisation, the University has to remain politically neutral and cannot be seen to be affiliating itself to any political cause or party – the flying of a flag from University premises might be mistaken as a statement of the University’s political affiliations.”