Apart from Kingston’s convenient location, Cheesy Fridays and the Christmas market, it is actually its international and multicultural image that makes me love this place and the university. Over the past few years, I have experienced Eid, Thanksgiving and even the Norwegian Constitution Day.

I understand that as beautiful as it is, this wide variety of cultures and ethnicities can put the university and the Student Union in a difficult position every now and then, especially when it comes to topics of international conflict.

The SU external campaigns officer Alistair Farrow has put forward a motion regarding the ties our university holds with certain Israeli companies, which profit from the Palestinian occupation. The motion suggests that the university withdraw from organisations that play a part in this conflict. While this might be a wise idea, the motion also proposes to fly the Palestinian flag over the KUSU office and urges the university to provide fully-funded scholarships to potential students from Palestine.

Let me make one thing very clear: I understand that what is happening in Palestine is horrible. Actions from both sides have killed way too many, and it is true that the Palestinian citizens, in particular, have suffered from the extremist regime.

However, that does not take away from the fact that the Israel-Palestine conflict ishighly complex and has been going on for decades, arguably even centuries. In the past, there have been dozens of verdicts, declarations and agreements signed about the conflict. People discussing this sensitive topic often link it to terms such as ‘Apartheid’ and ‘anti-Semitism’, both of which are loaded with tensions and extremely negative historical connotations.

Considering all of these factors, it would be wise for the SU to take a neutral stance and condemn the violence in itself, rather than the actions of one of the parties in the armed clash. Showing solidarity with the Palestinian victims would not even be a bad idea, but some officers said that the goal of this gesture was to take a stance against Israel.

Supporting Palestine is a popular cause among young people, but not everyone at Kingston will see Israel as the only ‘bad guy’ in this conflict. Despite the fact that some students will agree with its position, SU officers should not make judgement calls on international warfare based on their officers’ personal stands.

KUSU should represent all KU students. Those with families back in Palestine, as well as in Israel. Urging the university to provide scholarships to potential students based merely on their nationality is ridiculous and unfair. Hanging a Palestinian flag out of the SU is exclusive to the general population, and also unnecessarily biased. I empathize with the SU’s desire to take a stance on brutality, but some officers act unprofessionally and prefentially. 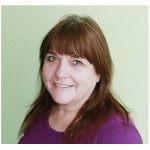 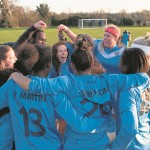