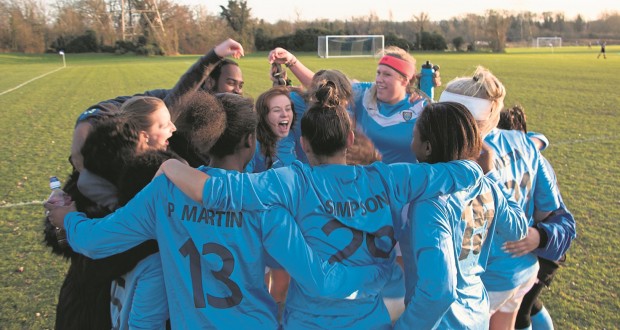 Written by Penelope Karaolis on December 12 2014

A spirited performance  by Kingston Women’s football team against Brighton at Tolworth Court resulted in a well-deserved 2-1 win, qualifying them for the Cup’s quarter-finals.

Miriam Osondu and Keri Ventre battled hard in midfield to feed the forwards, who worked well together and threatened to score from both sides.

Osondu, the team’s midfielder, said: “Scoring the first goal felt amazing. It felt like being a little kid who just got a piece of candy.”

Brighton’s goalkeeper could only watch as Osondu’s fantastic shot slipped past her fingers.

“I was obviously nervous because I knew they beat us 2-0 on our last encounter but Barbara [President and goalkeeper of the team] cooled me down,” the Osondu added.

Despite the team’s nerves, the first goal loosened up and uplifted the team. Kingston dominated the pitch as Brighton desperately tried to break through the first team’s rock-solid defence and exceptionally alert goalkeeper, Barbara Tomassi. 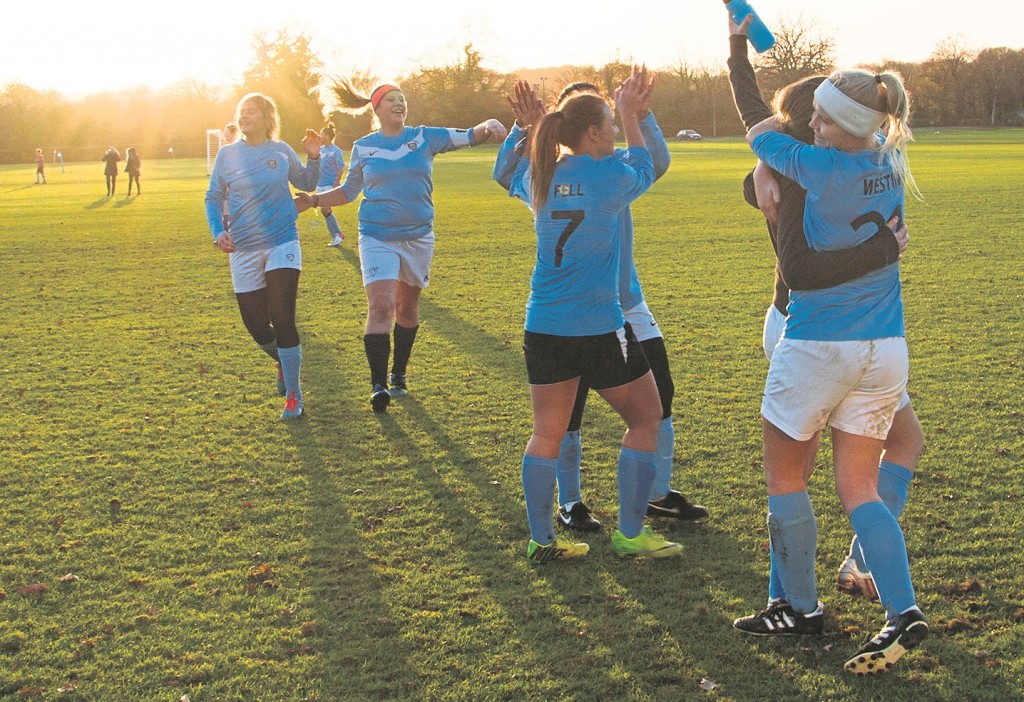 A heroic performance by the second scorer, striker Roos Van Pinxteren, who despite her injury remained in the game, showed how strong and united the Kingston team is.

“I kicked the ball too hard in the first five minutes and I think I stressed the muscle that I injured a few months ago.

Every step I took hurt but I didn’t want to let my teammates down and change because we only had one sub available.”

Van Pinxteren displayed her fantastic striker’s instincts when she spotted Brighton’s goalkeeper fumble, dribbling the ball round defenders and laying off a perfect shot.

The second goal gave the team an air of confidence; they seemed stronger despite being physically drained.

An unlucky mistake in the second half by Kingston goalkeeper Tomassi, gave Brighton the opportunity to score but the team failed to equalise.

The strategic communication of Bauke Schram, the team’s Captain, allowed Kingston to capitalise on any mistakes made by their opponents.

“I am very proud of the girls. They did very well; every time we play very well as a team we get good results and good matches,” she said. “We only have eight opposing teams left in the cup and the way it is going now I am very positive we will get the results we want.

“They beat us 2-0 last time and I think the fact that we won now says something about our development as a team,” she said.