The design for the new Town House building is to be made smaller and will be submitted to the Kingston Council for review during the Christmas period.

The changes to the design come following responses about the upcoming project from the university’s neighbors, as well as the council, and will feature a building smaller in height and footprint.

Dean of Learning and Teaching Dr Clarissa said: “While changes to the original concept mean not all the desired project spaces can be accommodated in the one building, we are now looking more creatively at how we might develop project spaces in other parts of the University.”

According to KU’s Stakeholder Engagement Manager, Deirdre Ferrier, the initial plans to include a learning resource centre, an auditorium and additional social space will still be included, but the proposed performance studio will be relocated to the ground floor of the new building.

The university’s initial budget of £55 million will remain unchanged regardless of the smaller measurements of the new building, but it did not disclose specific size dimension changes about the new structure.

Elisabeth Gjerde, third-year politics student, said: “I think it’s crazy that with the prices of tuition being what they are, we are still getting constant cutbacks in our education.

“It seems to reflect bad on the university to change the building plans so last minute, I really hope the new building will be as good as promised.”

The project was initiated in January of this year and incorporates a modern six-storey building with a green ‘sedum’ rooftop, which will serve as a bio-diverse method of helping the environment and absorbing excess moisture associated with rainfall.

William Franden, VP Activities at KUSU, said: “The proposed building meets a combination of changing student needs, the university’s initiative to provide an inviting and practical work space for the student body and making sure the residents of Kingston are happy with the building.”

Franden also noted that the SU has been closely involved with the building process and is expecting the university find “suitable spaces” elsewhere for the student spaces that cannot be accommodated into the new plan. 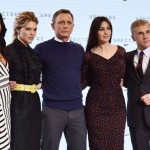 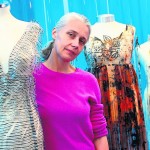