A deep resonant voice is heard as a hand slowly strokes a white cat watching two Siamese fighting fish attack each other while another hangs back, looking for the opportunity to attack.

“Waits until the survivor is so exhausted that he cannot defend himself, and then like SPECTRE he strikes.”

When one thinks of the dozens of Bond villains, it is always Ernst Stablo Blofeld devising plans to take over the world and kill 007 that is engrained in people’s memories and in movie history.

Blofeld is a member of SPECTRE, which stands for Special Executive for Counter-intelligence, Terrorism, Revenge and Extortion. The evil organisation was the main antagonist in the first seven 007 films, and has been the source of many memorable Bond villains, including Dr No, Rosa Kleb and Emilio Largo.

Blofeld remained a faceless villain until You Only Live Twice in 1967, who accepted no failures from his subordinates. But then both SPECTRE and Blofeld disappeared from screens except for a brief appearance in For Your Eyes Only in 1981. So where did they go?

A legal battle was fought between film-maker Kevin McClory and Eon Films, the makers of the original Bond films. In the 1950s, McClory and Ian Fleming wrote the script to an original Bond story which had a working title of Spectre. The film fell through and Fleming turned the story into a novel but  giving McClory no credit.

McClory took the case to court and won the rights that extended to characters and elements of the story. It meant Blofeld and SPECTRE were unavailable to Eon until McClory sold the rights to MGM in 2013.

But now SPECTRE is back, and it is likely Blofield will be calling the shots and the rejuvenation of the evil organisation will provide fans with a wealth of bad guys to test the strength of Bond, M and MI6.

James Bond expert David Leigh says: “No one had predicted SPECTRE as a title, although Blofeld’s return wasn’t entirely a surprise.”

Leigh continued saying that production companies “Danjaq and MGM, which own the rights to 007, had finally obtained the film rights to Thunderball and therefore SPECTRE and Blofeld after 50 years of legal wrangling.”

Bond newcomer Christoph Waltz, who has won Oscars for Inglorious Basterds and Django Unchained, will play Oberhauser. Despite being cast as a ski-instructor for Bond, there are suspicions that Waltz will end up playing the franchise’s most notorious villain.

Kingston University film and television Professor John Mullarkey says: “What I would really like to see is a really serious Bond villain, even if his name is Blofeld played by Waltz who could go all German in a very camp way. I hope he plays it very seriously like Mads Mikkelsen who was Le Chiffre in Casino Royale.”

Leigh, who is a writer for The James Bond Dossier website, said: “Because the modern Bond films are so different from those in the 1960s and early 1970s – Blofeld’s last true appearance was in Diamonds Are Forever – and because of the Austin Powers films, there is little chance that the 21st century Blofeld will be the same.”

Little has been released about the plot  of SPECTRE, besides indications that we’ll see more of M justifying the Secret Service, as well as the standard action, explosions and class associated with 007.

Sam Mendes, director of Skyfall, will return to take the helm of SPECTRE and, following the popularity of Skyfall last year, the bar is set high for the director.

“Given that SPECTRE is again being directed by Sam Mendes, it means more in the vein of Skyfall,” says Leigh.

“The others roles were ridiculously weak for women in Skyfall. Casino Royale was excellent with Eva Green so I’m hoping for a strong role for Monica Belucci and Lea Seydoux.” 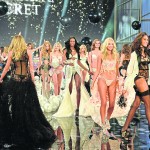 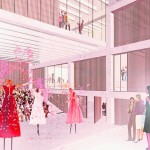