Kingston Crown Court has sentenced a woman responsible for distributing terrorist material on social media to five years and three months in jail.

Runa Khan, 35, of Maple Road West, Luton, was charged with four counts of distributing terrorist material through a Facebook account in the name of Khawla Khattab.

Commander Richard Walton, Head of the Met’s SO15 Counter Terrorism Command, said: “This is a case of social media being used as a tool for terrorism. Khan used it spread extremism, radicalise others and justify children being used for terrorism.

“We aim to make the internet a more hostile environment for terrorists; today’s sentence supports that aim.”

Khan used social media to regularly post extremist material and one post suggested children should be trained for jihad.

The Facebook post stated: “Don’t underestimate the lasting effects of what those little ears take in during the first few years of life! No child is ever too young to be started off on jihad training in one form or another.

“There are two main reasons why sisters themselves also need to get military training – firstly, so they can participate in jihad themselves and secondly so they can train their sons and daughters for it.”

On May 23, 2013, the day after the murder of soldier Lee Rigby, SO15 detectives also uncovered that Khan had changed her profile picture to an image of a solider appearing to be carrying an injured comrade, with the caption “Hell for Heroes”.

Underneath she shared a post by another user complaining about Muslims who condemned the murder.

Khan appeared at Kingston Crown Court on December 11, and was sentenced after pleading guilty on July 31, to all four counts of distributing terrorist publications.

The public is encouraged to report any material they are concerned about here: https://www.gov.uk/report-terrorism 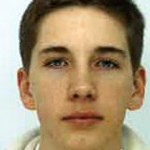 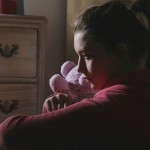