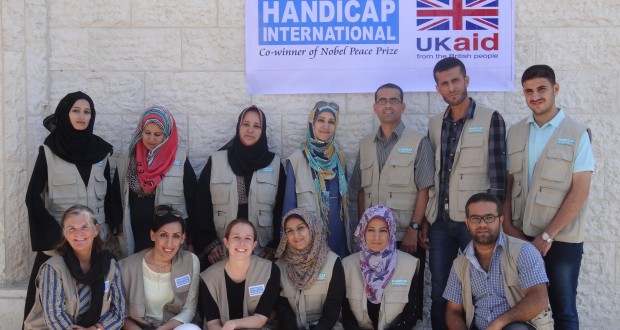 Written by Priyanka Mogul on January 22 2015 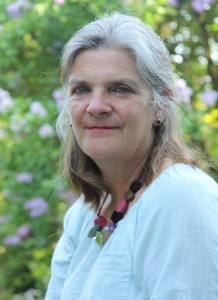 Prime Minister David Cameron hosted a reception for Britons who had made contributions across various fields of humanitarian work overseas, including those who had assisted with the Ebola crisis in Western Africa.

Cole is a senior lecturer in Rehabilitation Sciences and found her 2014 summer vacation to Italy interrupted when Handicap International asked her to travel to Gaza to conduct rehabilitation workshops and support local community outreach teams with clinical work in the field.

Her work in the region came after a 50 day long crisis that resulted in resulted in the deaths of over 2,100 Palestinians, with many more injured.

“[We] have been working with the most vulnerable in Gaza since 1996 but the impact of the recent crisis on many ordinary people was catastrophic,” said Peter Skelton, Rehabilitation Project Manager for Handicap International, who led the small multi-disciplinary teams on their visits to Gaza.

Through this scheme with the UK International Emergency Trauma Register, Handicap International are able to provide vital patient care and clinical training so that the local health professionals they work with are better equipped to respond to current and future emergencies.

Cole is working with Handicap International to lead a small group of therapists specialised in amputee rehabilitation to put together a core training module, an e-learning module, and a one day practical training day to support therapists on the UK trauma register.

The types of injuries that Cole encountered on the ground included amputations, fractures & dislocations, spinal cord injuries, and burns.  Cole explained that all of these are associated with significant soft tissue injuries, which can often become infected and be potentially life threatening and, therefore, required immediate attention as well as proper long-term care.

“Rehabilitation in sudden onset disaster has many benefits, but there are [also] huge challenges,” said Cole, who has specialised in amputee rehabilitation for over 20 years.

She talked about how it is hard enough to get good quality rehabilitation services in the UK, let alone in a country with the fragility of security, conflict, disaster catastrophe, and where personnel – if they’re there – may be unequipped or have insufficient skills.

“The [local] teams were incredibly passionate and committed. They were mostly young and a lot of them didn’t have experience of multiple trauma even though the country had.”

Cole said it could be a challenge to help local teams deal with immediate problems with a view to patients’ long-term needs because the circumstances during the conflict meant that routine follow up appointments were not made.

However, there were also cultural barriers that affected the rehabilitation process.

“Whereas [in the UK] we try and encourage our patients to take responsibility for practicing their exercises, there culturally it was [expected] that somebody else would come and take care of them rather than us trying to encourage the patient to take greater responsibility to be functionally independent.” 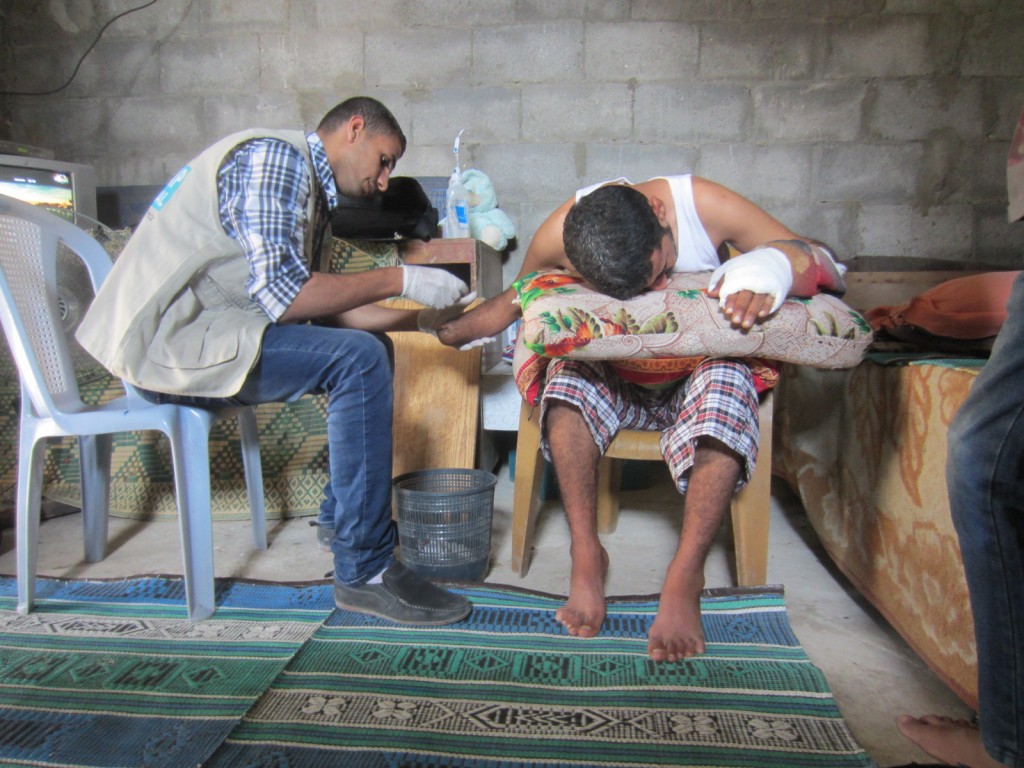 While Cole was in Gaza she was sometimes working from seven in the morning until nearly midnight preparing the workshops, for example. She said that the long, draining hours were part of what made the work attract volunteers with a personal commitment.

In the week before she first travelled to Gaza she took a hostile environment awareness training course, required of most staff deployed to conflict zones.

“Undoubtedly I had a few moments where I thought… is this a wise thing to do? [The course] did raise questions. It did make me think about what I was committing to. There was a lot of uncertainty and a lot of unknown about what we were going to meet in Gaza but the security training and the structure of Handicap International was very reassuring and supportive.”

Cole said she did not feel as though she could simply walk around and take photos of Gaza, as she normally would have done in a new place, she said she found the whole experience taught her a lot about herself in terms of cultural sensitivity.

Having now been acknowledged by David Cameron for her work, Cole is now hoping to research the impact that her and her colleagues have made in Gaza. She has also been asked by third year KU Physiotherapy students to give a talk on her work.

She said she still feels emotional thinking back on her experience and explained that one of the biggest challenges of the whole experience was limitation posed by time.

“We were there for such a short period of time and you wanted to do more,” she said. “Two weeks, logistically, that’s a short space of time and you just wish you could be there longer.”

Despite that, the graciousness and warmth of the people of Gaza remains with her and is one of the most positive things she takes away from her short time there. She said she was surprised at how accepting Gazans were, despite what they had just gone through.

“You would ask them what they hope for the future and they were pretty pragmatic. They don’t know what the future holds, they simply don’t know. But nowhere did I hear anybody complaining. They’re almost accepting – regretful – but accepting of the situation.”

She went on to say that she plans to stay on the trauma register for the considerable future as, when she doesn’t have commitments at home or at her job, she would like to spend six months embedded in a different country and using her specialist clinical skills to support services abroad.

“Would I do it again? Yes I would,” she said confidently. “I hope it wouldn’t be in a situation post-conflict, but yes, I would definitely do it.”