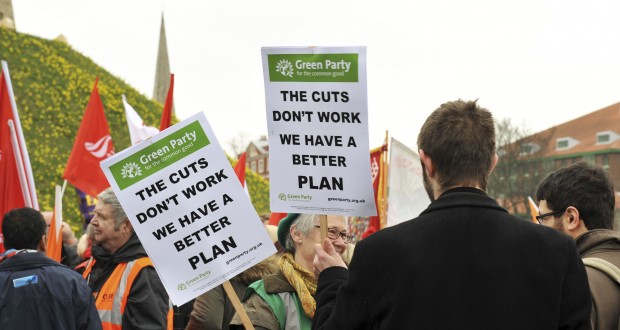 Young Greens see a surge at Kingston as well

The Green Party is more popular amongst young people than the LibDems and UKIP according to a YouGov survey, and Green policies are most popular in the constituency of Kingston and Surbiton.

The Greens have been on a steady increase in popularity and members over the last couple of months, and now tie with the Tories when it comes to young voters.

Siobhan Cockram, the president of Kingston University’s Young Greens, said the society has gained a lot of popularity since it started in September 2014.

“At Freshers Fayre, we were there for two days and over 210 students signed up,” she said. “We had people coming up to us saying they were so happy to finally see a Greens society at Kingston.”

Cockram, a second year nursing student, set up the society after she had been very involved with the Kingston and Surbiton Green Party in her first year.

The Young Greens felt a bit of rivalry coming from the Conservatives society and the Socialist Workers Party at Kingston, but that did not stand in the way of popularity.

“I feel like I did not have to do as much to get people involved as I expected,” Cockram said. “The Green Party speaks to everyone and so many people got excited.”

The party, which received publicity last year after it was not invited to debates on national television while far-right UKIP leader Nigel Farage was, has almost doubled in memberships over the last couple of weeks.

The amount of Young Green members has seen an even steeper increase. London Young Greens has around 11,000 members at the moment, while there were only 1,000 less than a year ago.

The KU Young Greens secretary, Nik Way, said that the society has organised multiple events and it has seen a great turnout.

“We’ve held events over the year and even had the deputy leader of the green party, Amelia Womack, come to Kingston,” Way said.

“In the beginning it was just Siobhan but as soon as we got committee members sorted, so many people became involved.”

“We are active and young people like that,” Cockram said. “We participated in demos for pay rise and free education.” 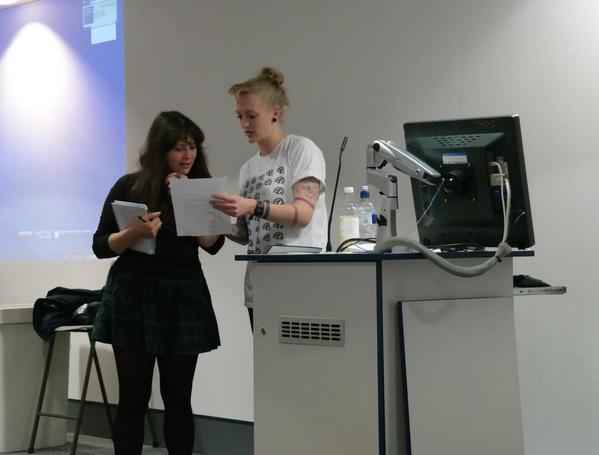 Cockram with and Womack at Kingston – Credit: KU Young Greens

The Kingston Green Party protested against austerity in a major protest in London this Summer as well.

The Green Party’s policies on tuition fees, minimum wage and sustainability are popular among young people, which is one of the reasons for their popularity.

“But the British public also loves an underdog story and there is no underdog quite like the Greens,” Way said.

The rise of the Greens has not come without backlash, of course. The greens have received a lot of criticism from the right-wing corner of politics after people became aware of the ‘Green Surge’.

Though some policies attacked by bloggers, journalists and politicians might concern obvious topics such as benefits and immigration, the Greens ‘attack on consumerism’ is also a topic much discussed.

The Telegraph, for example, has criticised the Greens’ policy on controlling and cutting the ‘overall volume’ of advertising on TV and in newspapers.

The greens, however, think that their immigration policies are actually something that helps them gain voters and members.

“Labour and the Tories are just seeing that UKIP has this ‘popular’ immigration stance, and they want to follow it, which has turned so many people to the left, because not everyone agrees with it,” Cockram explained.

On voting advising website Vote for Policies, where citizens can test what party they should vote on based on ‘policies rather than personalities’, the Green Party is the most popular party overall.

With more than 26per cent of test takers being advised to vote for the Greens, their party beats Labour (20per cent), LidDems (17per cent), Tories (14 per cent), UKIP (12per cent) and BNP (who still have a shocking 10per cent).