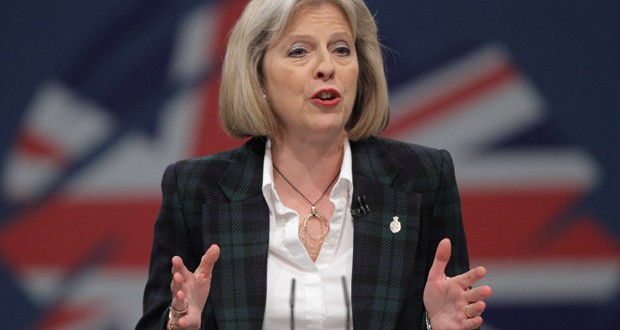 Home Secretary Theresa May to “kick out” international students

Written by Martine Meland on January 20 2015

Universities and businesses have condemned government plans to “kick out” foreign students after graduation.

Home Secretary Theresa May has revealed plans to “move towards zero net student immigration” by sending those who come to Britain on a student visa home after graduation.

Shreya Paunel, International Students Officer at the National Union of Students (NUS), said: “The government is happy to accept the £8bn they provide each year in tuition fees, but when it comes to providing them with work opportunities, the UK is shutting its doors to them – even when it suffers from skills shortages in many industries.”

Mr Paunel, who is Nepalese, came to the UK to go to university, now fears that the Home Secretary has put off international students from applying to UK universities.

“I predict that a dwindling number of international students will want to come here in the future,” he said.

”After all, many other countries, Germany, for example, offer them a better deal than the British government, which treats them as cash cows.”

May wants the Conservative manifesto to include a commitment to compel students from outside the EU to leave the UK once they have completed their degree and to apply for a new visa if they wish to return.

Many academics, university leaders and business chiefs were appalled by the idea, saying the economy needed the skills of Britain-educated postgraduates.

Business leader and inventor James Dyson argued the Home Secretary’s plan would be damaging to British business and economy.

“Automatically sending all students home on completion of their studies were to be taken literally then that’d have dire consequences for businesses like his who rely on engineers, scientists and others from overseas,” he said.

May has defended her plan, saying the proposal would attract only the “brightest and best” and that she was happy with student visa applications rising two per cent in September 2014.

“We also have to recognise that the latest surveys show that 121,000 students came in from overseas while only 51,000 left in that year,” May said.

Senior Tory officials have said the proposal will not appear in the Conservative manifesto ahead of the general election in May, with Chancellor George Osborne said to have been the lead voice in killing it off.

One conservative official told the Financial Times: “We have a policy that international students can stay when they graduate if they find a graduate-level job paying £24,000 a year. That remains the policy.”

At Kingston University, the proposal would affect 1,993 students currently here on Tier 4 student visas, which allow non-EU students to study at UK universities, but KU says it does not support the suggested changes to student visas.

A spokesperson for the university said:  “Such changes would be damaging to our ability to attract international students to Kingston.”