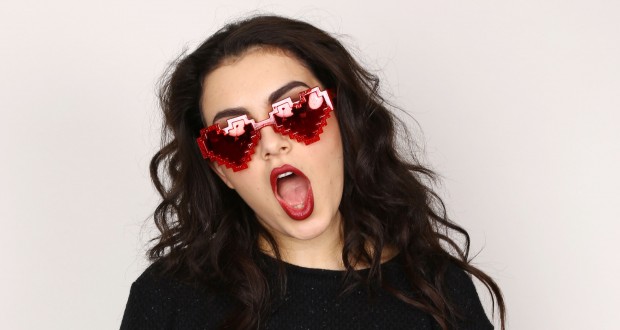 Charli XCX boom claps her way to the stars

Charli XCX has finally been put on the map thanks to big collaboration achievements with Iggy Azalea and Icona Pop, as well as huge summer smash Boom Clap, which featured in the film The Fault in Our Stars.

Sucker is Charli XCX’s third studio album and one which has definitely helped 22-year-old Charlotte Aitchison branch out to a much bigger audience, having chipped away at the mainstream music industry for years before finally breaking the US.

Having been around the music industry since the age of 14 when she was discovered through social media site Myspace, Charli has had her fair share of ups and downs. Her debut album in 2013, True Romance, disappointingly made very little noise in the music industry.

In 2014 she wrote, alongside Australian rapper Iggy Azalea, one of the year’s biggest tracks Fancy, which claimed world-wide success and was nominated for two Grammys.

Fancy gave Charli her first number one, and her second top 10 single, after receiving success with Icona Pop’s I Love It in 2013.

The album is packed with 13 fresh and infectious songs with strong beats, showing the audience that Charli is very much in control and is not afraid to take on and redefine the music industry.

Sucker is sharper and more mature in comparison to True Romance, having lost a bit of edginess, but gaining a stronger personality, which is reflected throughout the album.

The opening track Sucker is ballsy and explodes onto the scene with Charli raising a middle finger to the pop industry – the rest of the album following in similar fashion.

Famous and Need Ur Love demonstrate a more vulnerable side to Charli, with Famous highlighting the insecure nature of her place within the music industry and Need Ur Love mentioning how she stumbles her way through her love life.

The album is a good mix of bold and cheeky with the well-polished tracks containing some clever lyrics, demonstrating a depth to the artist’s talents as well as an endearing sassiness.

Stand out tracks include: Break the Rules, Boom Clap, Sucker, Die Tonight, and Need Ur Luv.

Sucker looks very likely to be a chart topper, one that will confirming to the world that Charli will be one of pop’s biggest new artists, and she could be around for a while yet.

Sucker will be available to buy from January 26.