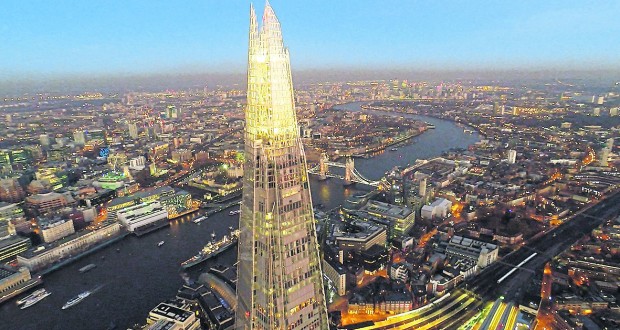 AirSpace chiefs have slammed a Kingston University student after he carried out an illicit drone flight over the Shard skyscraper.

Nathaniel Durman, 20, shot footage around the iconic building for a personal film project using a camera mounted to his £500 drone.

But the UK Civil Aviation Authority (CAA) has contacted Durman, informing him that the unlicensed flight broke flying regulations and that he had failed to take the correct precautions before the incident in December.

“My intention was to get some cinematic footage of the building at night and use this to create a film,” said the first year journalism student who insisted that he was not aware of the rules regarding drone flights.

“Members of the drone community mentioned that I endangered civilian flights over London, but if a plane was flying that low, I’m sure my drone would be the least of the pilot’s worries.

“Obviously I knew the flight wasn’t the safest to conduct, but I didn’t know about the strict regulations that govern drone videography.”

The CAA regulations broken during the incident included flying within 50m of a structure, flying more than 400ft from the ground, flying in a congested area and flying at night-time.

The Shard stands at just over 1,000ft and Durman’s DJI Phantom drone which had a £350 GoPro Hero 3+ camera attached, stopped just below the tip, meaning it exceeded the limit by around 600ft.

A CAA spokesman said: “Individuals should behave in a reasonable manner and abide by the laws that are in place. In serious cases people can be prosecuted.

“Drones are subject to aviation rules and regulations. Users should take a good look around at their environment before each and every flight.

“People using drones should apply common sense when thinking about where to fly their devices. It is clearly irresponsible to fly any kind of unmanned aircraft close to an airport or in a town centre, for example.

“The safety rules regarding drones that are in place are sensible and proportionate. They fulfil their function of protecting members of the public without being overly-restrictive.”

Twitter users also condemned the flight as dangerous and naive.

“As an airline pilot who regularly flies into City Airport these things scare the hell out of me,” tweeted one man.

@SupaSympa, a digital production service that uses drones tweeted: “Thing is – if these guys don’t get fined (at least) then it makes a mockery of the laws.”

The controversy grew after various news organisations picked up the story, including The Independent, The Huffington Post and celebrities such as Jeremy Vine, who has a show on Radio 2.

Lawrence Hay from the CAA personally contacted Durman regarding the breach and offered him some guidance, along with recognition of his remorse.

“It appears from your comments that you are now aware of some of the safety issues related to Unmanned Aerial Vehicle use and are not considering making further flights of this nature,” said Hay.

Durman has said that he would not attempt another similar flight, but was equally critical of the backlash.

“There is the argument that it could have just fallen out of the sky and hit someone, but that’s less likely to happen in comparison to someone getting hit by a car,” he said.

An unidentified drone came close to hitting a plane as it landed at Heathrow in December.

An Airbus A320 pilot reported seeing a helicopter-style drone as the jet was 700 feet off the ground on its approach to the runway.

The CAA gave the incident an “A” rating, meaning a “serious risk of collision”.