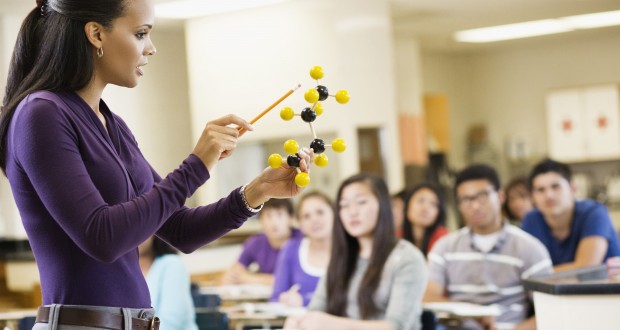 Why we need more diversity in education

It is clear that Kingston is a diverse university with students from a wide range of ethnic backgrounds. But when it comes to academic staff, this diversity becomes less visible.

In a report by Runnymede Trust, concerning the UK, 92.4 per cent of professors are white, while just 0.49 per cent are black.

In the UK, a professor is a senior academic who has carried out research in his or her field within the university. To compare, a lecturer is a university teacher who does not have the research experience of a professor.

To put it more to perspective, there are only 17 black female professors in the UK. This is a huge concern towards racial equality in UK universities.

When taking a closer look at Kingston University’s latest figures from the 2012/2013 academic year, there are only 12.5 per cent BME (black and minority ethnic) professors with British nationality and 6.1 per cent BME international professors.

I went to an extremely diverse high school in Stockholm, Sweden, and having peers of different origin only enriched my experience. However, I only ever had one black teacher and she was substitute in Spanish.

The staff at my school was diverse in the sense of nationalities rather than race, and even though having teachers from different countries I think that it is important to see more BME in leadership roles, especially in education.

In our society race is still symbolises difference and results in stereotyping. Schools make a significant impression on students and their surroundings at school become a reflection of how they see the world. Therefore I think we need diversity in education to help break down prejudice and discrimination. If we are surrounded with people of different ethnicities and backgrounds we get a varied representation of people. Even if they come from the same ethnic background, we will then see them as humans with different experiences and stories, and hopefully remove the stereotype tag.

It should be normal and natural to have the presence of different ethnicities in leadership roles. This is not only important for white students, but also for black and minority students, as the staff can be relatable and serve as role models for everyone.

While Kingston has a diverse attendance of students, a lot of elite universities, like Oxbridge, have an underrepresentation of BME students as well as staff.

Also reported by Runnymede Trust, is that even with the same A-level grades as their white peers it is harder for black and Asian students to get into the most selective universities. As a consequence they end up paying £9,000 a year even for a non-elite education.

This is a clear injustice happening in the UK, a modern and multi-ethnic country, and things need to change. This does not only affect the youth, but also the rest of the population. With greater diversity amongst academic staff, a social change would naturally come in place and create a more diverse student body.