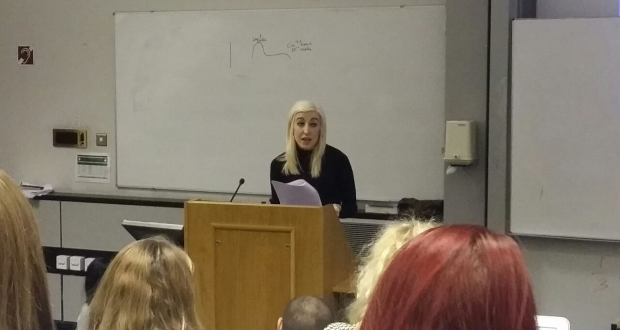 Written by Tonje Odegard on February 16 2015

In her talk at Kingston University, Green Party candidate for Kingston and Surbiton, Clare Keogh, promised of no tuition fees, no student loans and a citizen’s income to cover living costs for everyone.

As part of the “Meet Your Local Candidate” scheme, initiated by Kingston’s Politics Society and KUSU’s LGBT Officer, the local Green candidate spoke to around 45 students on topics such as education, housing, minimum wage, legalising drugs and UKIP.

She explained that education will be completely publicly funded, facilitated by a range of policy changes involving scrapping the UK Trident programme for nuclear weapons, more progressive taxation and reducing military expenditure.

Keogh said that the Government could save around £3 billion a year by abandoning the nuclear industry and bring in between £21 million and £43 million a year by charging a 1-2 per cent ‘wealth tax’ off the UK’s richest 1 per cent.

The 23-year-old Keogh, a former KU student who is now working for KUSU, said: “The wealth is there, it’s just all at the top. We want to bring that wealth to everyone else.”

In line with the Greens’ hard policies to reduce social and economic inequalities, but also in line with her own financial struggles, Keogh focused a lot on the party’s plans to increase the minimum wage to £10 an hour by 2020, introducing a citizen’s income and eliminating exploitative zero hour contracts.

The citizen’s income will consist of a weekly payment of £72, given out to every citizen regardless of their circumstances and contributions.

“This means graduates can leave with no debt whatsoever,” the Green candidate said. “It will also offer security and flexibility in people’s life, and no one will be stuck in a poverty-trap.”

Keogh argued: “Housing and shelter is a basic human right, yet in the UK, profit is continuously placed before people.”

“UKIP is not an alternative to this [the current] government, they are the very worst part of this government… on steroids,” said the young candidate, generating laughter among the crowd.

The Green candidate said she will attend the anti-UKIP demonstration taking place outside UKIP’s national conference on February 28.

She said: “The politics of UKIP is the politics of division. UKIP are interested in protecting the richest in society by beating the poorest.” 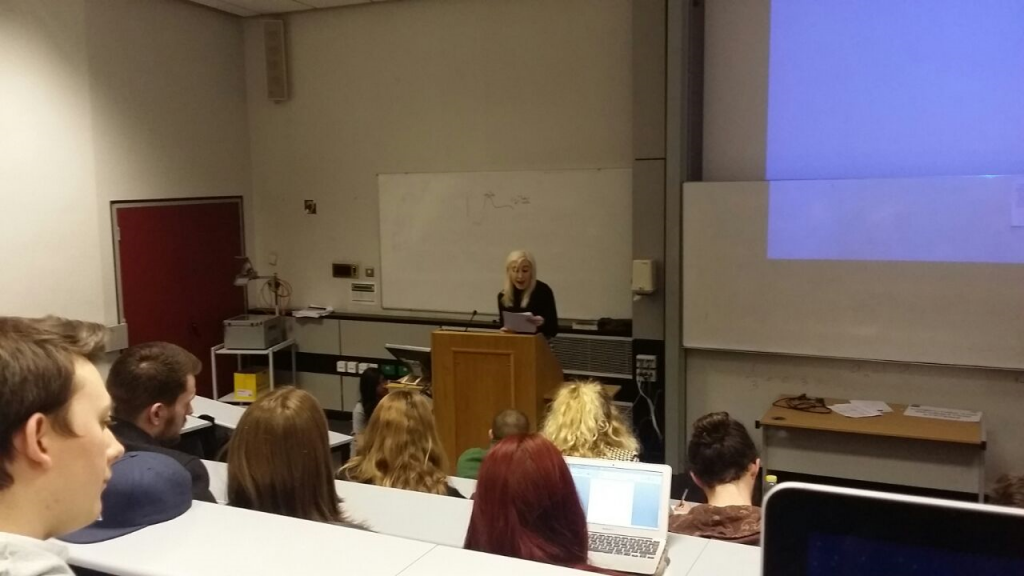 Challenged by the audience

In The River’s exclusive voting poll in October, 16 per cent of Kingston students said they would vote for the Green Party, making the eco-friendly party the third biggest party on campus.

The Green candidate seemed to host plenty of support from the audience, but was challenged on how she might lack the real life experience needed to be in Parliament.

Her response, leading to applause and cheers from the crowd, was: “I have quite frankly been through a hell of a lot more than people would go through in their life time, let alone by the time they were 18, like I was.

Keogh was also asked how realistic it would be for the Greens to win the election.

“I’m going to be honest with you,” she said. “Are we going to get a Green Prime Minister and a Green government? No, that’s unrealistic. Do I think that we have the power to control the direction that the government goes in? Yes, absolutely.”

She added that people should not vote for the best option, but what they truly believe in, and that voting Green would help shift the entire political spectrum to the left.

Nothing bad to say

Green Party-supporter and biological sciences student Amelia Fairfield, 21, said: “She nailed it. I can’t think of anything bad.”

Fellow course-mate George Forty, 19, agreed. “I like the way she told us how the Green Party served her values instead of her serving the party’s values,” he said.

The next talk in the “Meet Your Local Candidate” series is Monday February 16 when the Conservatives’ James Berry comes to visit Penrhyn Road. You can see him talk and ask him questions from 5pm at in JG2008.