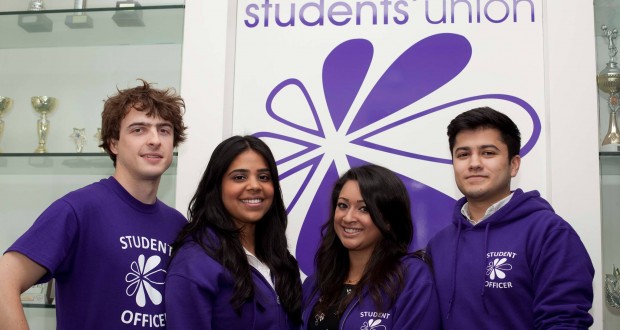 Students kicked out of KUSU meeting

Written by Tonje Odegard on February 16 2015

Several students stayed behind after the Annual General Meeting (AGM) to sit in on the executive meeting to discuss the vote of no confidence against VP Student Life, Naveena Satter. However, the executive committee voted to make it exclusive to committee members only.

Walizadeh said: “We were the ones who voted for the motion to be passed and that was the reason why we chose to stay behind. The people who stayed are people who care about the Union and are engaged.”

LGBT Officer, Amy Bush, who is part of the executive committee, strongly opposed the dismissal of the other students.

Bush said: “I think that the exclusion of students from the meeting was absolutely ridiculous, and it rendered the principle of the entire AGM useless.

“As with all other motions, this was proposed, debated, and finally voted upon by the students. Without those students, none of us would be in these positions, and yet no gratitude or respect is shown toward the engaged students who wished to witness the meeting.”

Before asking the around 20 students to leave, KUSU President Denza Gonsalves said certain by-laws and regulations allowed the executive committee to cast a vote to hold the meeting in private.

However, in an email a couple of days later, Gonsalves could not prove any by-laws or regulations to support the dismissal of the students, but explained that because this was an “extraordinary” executive meeting discussing solely the motion of the vote of no confidence, and due to the sensitivity of the subject, one of the committee members proposed a procedural motion to make the meeting exclusive.

Because the motion received an ordinary majority vote, Gonsalves said she and the committee Chair had no choice but to ask the students to leave.

Gonsalves said: “In line with the KUSU constitution the Executive Committee retains the authority to take such decisions as it did in the meeting.

“We are sorry that those students who chose to attend felt angry and upset as a result of being asked to leave – this was not the intention of the Executive Committee.”

KUSU’s Women’s Officer, Allison Taylor, also a part of the executive committee, said: “I am very disappointed in the blatant disregard to democracy and the student voice.

“We all were elected in by students, by our friends and peers, to makes sure their voice is heard. By shutting them out, playing politics, and pretending we are any better or above our fellow students is deeply saddening to me.”

Gonsalves added that KUSU will have to commit further work to clarify what the new resolve actually means to avoid any such confusions and misunderstandings in the future.

Read about the outcome of the vote of no confidence meeting here and about the AGM here.