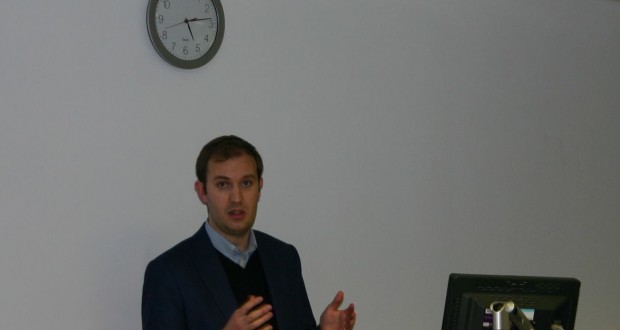 Written by Tonje Odegard on February 18 2015

The Conservative candidate for Kingston and Surbiton, James Berry, received the lowest turn-out of students for his talk at Penrhyn Road campus, despite representing the second most popular party at Kingston University.

The “Meet your local candidate” scheme, organised by the KU Politics Society and KUSU’s LGBT Officer, has thus far had an average turn-out of nearly 50 people when the candidates for Labour and Green visited, but this time just about 30 people attended, including a KU film crew.

President of Kingston’s Politics Society, Peter Tzonev, had been expecting a greater turn-out and more challenging questions from the audience. He said: “I think that it may be due to the general dislike for the Conservative Party amongst students.”

In an exclusive poll carried out by The River in October, 19 per cent of Kingston students said they would vote Conservative, making the party the second biggest party on campus, only beaten by Labour.

Tzonev however said he thought the lack of heated and intense debating between the candidate and the audience proved that students are not as “hot headed” as people perceive them to be.

He said: “They are ready to have a mature and sensible debate on topics that they feel strongly about, which shows their maturity.”

The Tory candidate talked more about what the Conservatives have accomplished during their time in power and lashed out at the Liberal Democrats and Labour, rather than introducing the party’s policies for the next five years.

Berry said: “The reason people should vote Conservative is so that we can continue this economic plan that we have been working with for the past five years and has given such good result. And if we fail, then kick us out in 2020.”

He explained that the economy is growing, more jobs have been created and there has been increased transparency in the NHS.

On the topic of education, Berry said that he did not expect to get a lot of support for his party’s choice of raising tuition fees, but said this in his defence: “The difference between us and the Liberal Democrats is that we did not go into universities with placards saying ‘we pledge to vote against any tuition fees increase’.

“That was designed to do one thing, and that was to induce students to vote for them, and then they did the exact opposite.”

Answering questions from the audience, Berry told the crowd that Margaret Thatcher and John Major were his chief political role models growing up. He was then standing next to one of the organisers, KUSU’s LGBT Officer Amy Bush, who chose to display her feelings towards the Tories by wearing a t-shirt that said “I still hate Thatcher”. 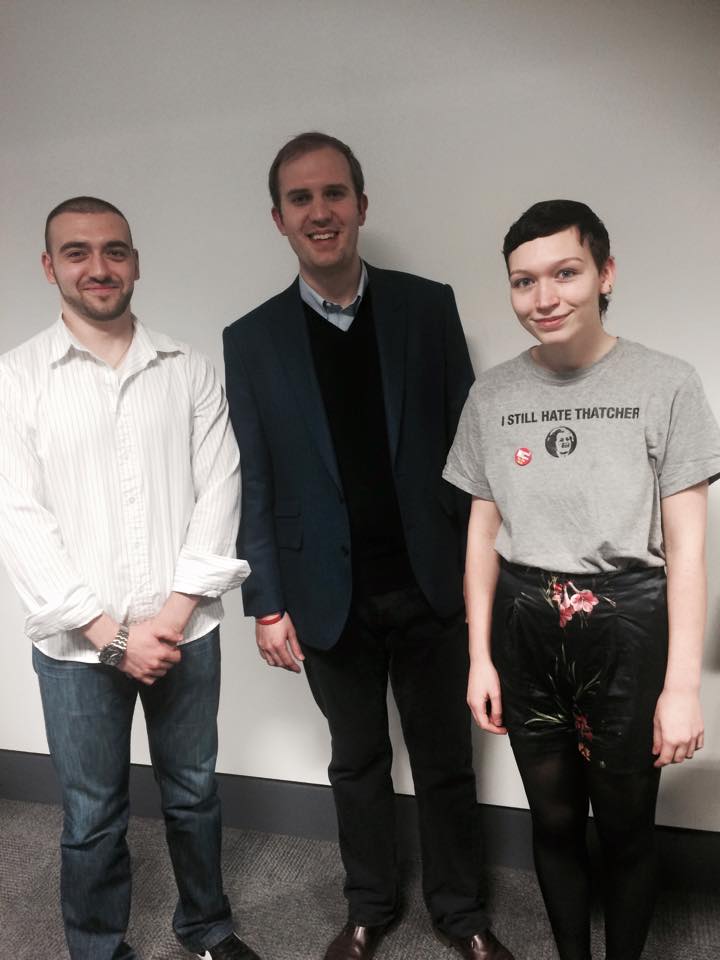 Several of the students The River talked to were surprised that the discussions were not more heated than they were and thought the Conservative candidate dodged a lot of the questions which were asked.

First-year biology student Lisa Oakley, 19, said: “He talked a lot, but didn’t really say that much. It was a bit uninspiring, to be honest.”

Mr Berry was quizzed on topics such as the Conservatives’ plans to abandon the European Convention on Human Rights, EU membership and zero-hour contracts.

He explained that the Human Rights Act has taken legislative power away from the UK and prevent specific countries from deciding what laws should be implemented.

“The idea of reviewing the Human Rights Act is really about ensuring that with core political issues it is at least the courts, if not parliament, that has the final say,” he said.

Berry also said that although he was not a supporter of zero-hour contracts, he did not think it would be a good idea to legislate to get rid of them. He said that if companies are legally prohibited from hiring people on a zero-hour contract, they would have to employ fewer people, and unemployment rates would therefore go up.

“I think people would rather have a zero-hour contract than no work at all,” he said.

On the topic of EU membership, he said that he agrees with David Cameron in that there has to be renegotiations about the UK’s position in the European Union.

He said: “The EU has been a massive distraction for many years, there has been more power going out of the UK to Brussels with UK voters having less of a say of what goes on.”

He added that he will definitely push for a referendum as he believes young people, who have not had the chance to have their opinion heard on the issue of EU membership, should have the opportunity to.

The next talk in the “Meet your local candidate” series is from UKIP representative Ben Roberts on March 5.

Amy Bush said: “The candidate is well aware of the anti-UKIP climate on campus, which I am proud to have contributed to. I’m looking forward to a great debate.”

Leave a Reply to a Cancel reply