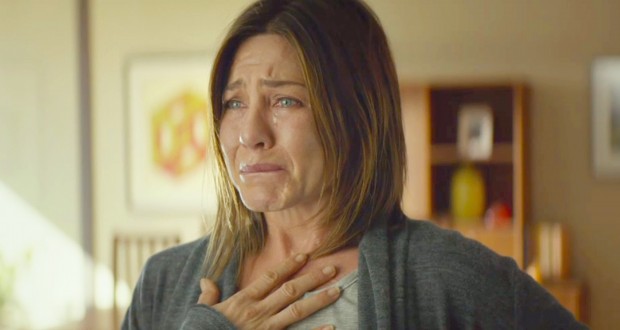 Having been so used to seeing Jennifer Aniston play the cutesy rom-com, girl-next-door for the last 20 years, it is no wonder her portrayal of drug-addled, suicidal “bitch” Claire in Cake has got the critics talking. Despite being a change in direction for the underrated actress, it is not difficult to see why the indie film was shunned from Oscar nominations.

No sooner than we begin to witness this film’s integrity, is it abruptly counteracted by Anna Kendrick’s disconcerting and clichéd performance as Nina’s ‘ghost’. This twist in the plot is poorly executed and weakens Kendrick’s other interactions.

Amid her angered outbursts and an uneasy relationship with her carer/maid Silvana, Claire forms an unlikely friendship with Nina’s widower husband. Her questionable relationship with Roy, played by Avatar star Sam Worthington, not only lacks sincerity but remains anticlimactic.

In an aim to keep its viewers in suspense, Claire’s pallid complexion and faded scars remain an unanswered riddle until the final act. When her dark past is eventually revealed through a series of quick flashbacks and moments of self-forgiveness, it is hard to feel any empathy.