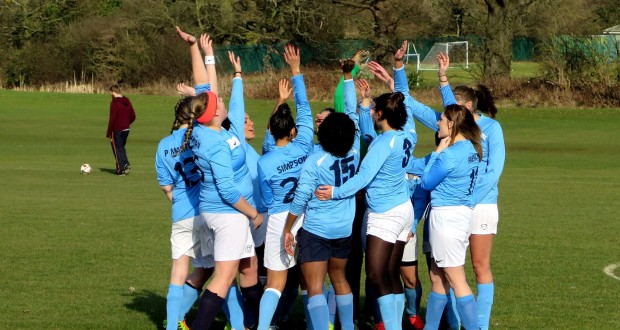 KU Ladies through to cup semi-finals

An energetic, hard fought performance by Kingston women’s football team against Reading second team ensured a well-deserved 2-1 win, advancing them through to the semi-final of the cup.

Kingston dominated most of the possession in the first half going to half-time with 1-0 up, due to a perfectly weighted and placed corner from vice-captain Keri Ventre, which was fumbled into the back of the net by the Reading goal keeper.

President Barbara Tommasi said: “I think everyone took the game too lightly, because Reading are two leagues below us. We thought it was going to be an easy win, but as soon as the match started it was immediately clear it was going to be a tough match.

“We were on top of the situation until they scored the equalising goal. I think that’s when it really hit the girls, that we might not make it through to the semis.”

Kingston had several good opportunities to extend their lead, most notably when striker Oda Holum saw her effort narrowly missed dipping under the cross bar, and Ventre hit the post from a well-taken free kick from just outside of the Reading box.

Reading scored an early equaliser in the second half, after Kingston switched off for a moment, installing some belief back into Reading who continued to push on for another goal.

Captain Bauke Schram said: “It was probably one of the most intense games we’ve ever played but we did so well. The moments we kept our cool and played together rather than panic and boot balls, we made such progress and it was almost an unnecessary score. We had some gold subs as well which always helps. I’m happy the team lasted for 110 minutes because usually fitness isn’t exactly our strong suit.”

Despite Reading having more possession in the second half, Kingston held their own, winning most of their own personal battles, despite slowly tiring out as the game went on. Midfielders Hiruth Stautland and Stephany Machattou dominated most of the game from the centre of the pitch, working tirelessly to support both the defence and attack force.

A strong defensive performance from Kingston, with all four of the back four communicating well between each other and the goal keeper, frustrated Reading’s attack force several times.

The game went into extra time, following a tense finish of normal time with neither side being able to break down a determined defence from both teams.  A good home support, helped keep spirits up when tiredness started to creep in, through lots of chanting and cheering.

A well struck goal from substitute Sabrina Vidal seconds away from the game going to a penalty shootout, lead to a dramatic ending to the game.

Vidal said: “It was an amazing feeling, such an adrenaline rush. I felt relieved because I know what that goal meant for all the girls after 117 minutes of hard work!  I am so proud of the team effort.”

Kingston will now play St Marys University 2nds on March 4th for a place in final. 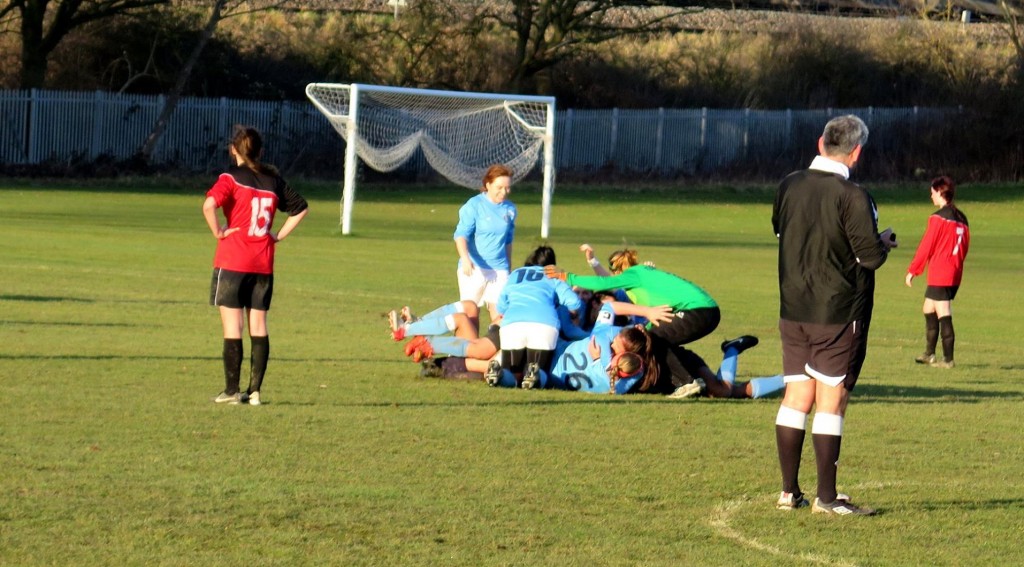