A new cult café serving as many different cereals as you can imagine has arrived in Kingston’s town centre.

If you fancy your breakfast the hipster way, The Cereal Bar is the place for you: it offers over 100 different types of cereal, 15 types of milk and a wide range of toppings.

It is the newest trend to hit café culture this year and is proving very popular.

With a small bowl of cereal starting at the price of £2.70, it is following in the footsteps of East London`s Cereal Killer Café.

The owner of the Kingston café, Ramon Mullan, said he hopes it will be a hit in town.

“I like the feel of somewhere you can just go for breakfast,” he said.

“I think everything in Kingston is pretty much the same, so I wanted something a bit different.”

Although proven to be very popular, the café received criticism for its high prices.

The East London café was challenged by Channel 4 reporter Symeon Brown, who questioned how they could charge £3 for a tiny bowl of Corn Flakes in one of the poorest boroughs in London, Tower Hamlets.

Mullan said the idea to open his own cereal bar occurred to him very randomly and he had the shop decorated and opened within three and a half weeks.

“I owned a milkshake shop in Epsom for seven years,” he said.

“Due to my experience with my last shop, I already knew suppliers, builders and how it all worked already, so it was very quick.”

He added he thought Kingston needed a place like the Cereal Bar where people could get their breakfast accompanied by other cereal-lovers.

Mullan said he was excited to see how it would go, but admitted that morning commuters were a tough crowd: “There are a lot of people who walk past with their heads down to get to their train,” the entrepreneur said.

“I have even offered free coffee to people but they just want to get to the station.”

He said that he wanted to change that and get people to pop in and try it.

As there are a lot of students and gyms in Kingston, the business owner created healthy drinks to be able to cater for everyone.

“We will be delivering to local businesses, so for people that work in the area we will actually take it to them.”

The official opening is this Saturday February 28, with a retro game night including Nintendos, old consoles and old school music. It will be open late for everyone to come.

With a larger range of cereals on its way to the bar, it will be the ultimate place to have breakfast in Kingston.

The Cereal Bar can be found on Fife Road in Kingston town centre. 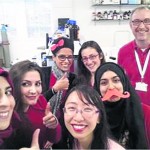 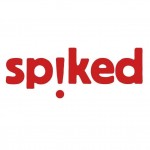