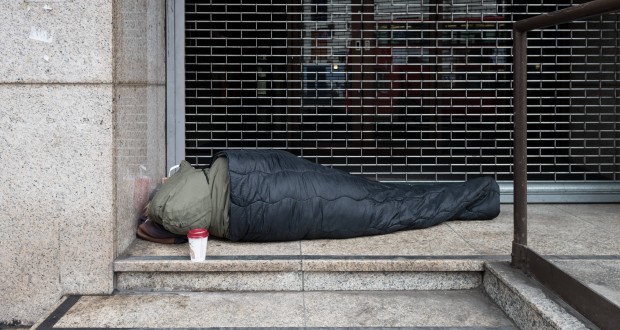 Written by Priyanka Mogul on March 3 2015

As UK homelessness figures rise once again, a group of KU students will spend a night out in the cold to raise awareness about the situation.

This week, on March 6, five KU students will join other Kingston residents to sleep on the streets, in a campaign called ‘Sleep Easy’ organised by YMCA London South West (YMCA LSW) in partnership with Kingston Churches Action on Homelessness, Everyday Church in Kingston, and Faith in Action.

The participants will be raising money for YMCA LSW’s Merton Winter Night Shelter.

Amy Claire Bush, LGBT Officer, is one of the KU students taking part in the Sleep Easy event. She said: “I have been lucky enough to have never experienced homelessness, and have instead always had a roof over my head, food on the table, and a bed to sleep in.

“I have decided to take part in Kingston Sleep Easy to try and raise as much money as possible to help the homeless communities in and around London.”

Through the night YMCA LSW will be running a shelter building competition, entertainment focusing on issues of homelessness, and serving hot soup before participants go to sleep.

Recent research carried out by Albert Kennedy Trust revealed that LGBT youths make up 24 per cent of the homeless youth population in the UK.

The study also found that young people who identify as LGBTI (Lesbian, Gay, Bisexual, Transgender/Transsexual and Intersexed) are more likely to find themselves homeless than their non-LGBTI peers.

Bush said: “As an LGBT woman myself, this is also very important to me on a personal level.”

Bush will be joined by a group of other KU students who are also participating in the event to raise awareness about homelessness in the UK.

Adriana De Sousa Calado, third-year journalism student, wants to participate in the event to get an idea of what homeless people experience on a daily basis.

Calado said: “I am not expecting to understand homelessness fully. One night won’t make me aware of all the psychological and physical tortures of it.

What I do expect is to meet a lot of big-hearted people who are willing to sacrifice their comfort for someone else – we don’t see that as often as we should.”

The Sleep Easy event will take place in the Memorial Gardens in Kingston and you can contribute to the Kingston students’ fundraising campaign here.