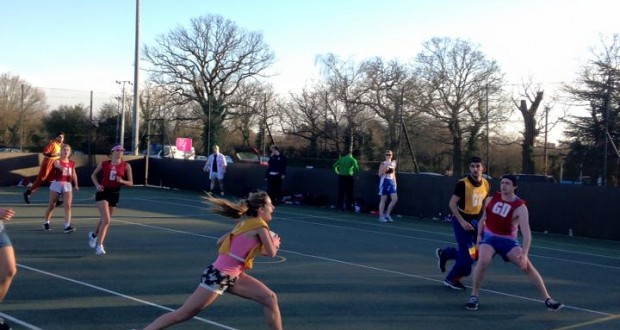 Written by Anthony Waterworth on March 10 2015

The tournament included a variety of university sports clubs and consisted of nine teams wearing fancy dress, which added to the social environment that was also complimented by the scorching weather.

Tori Jackson, Netball vice-president said: “It was a great day and I’m so happy that the weather was so good and I love it when you can help out a charity and have a laugh while you do it.”

The winners were ironically named ‘Basketball is better than netball’ and the fancy dress themes ranged from The Wizard of Oz, to Where’s Wally and the teams carried on the fundraising celebrations at Library nightclub that evening.

Jackson said: “Well firstly, it’s a really important charity for female breast cancer awareness, raising awareness of the lesser know signs of breast cancer is crucial and Breast Cancer Care charity is close to the heart of one of our committee members.”