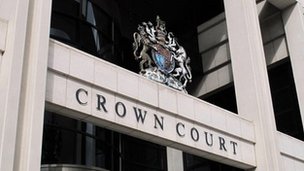 Written by Elizabeth Stromme on March 15 2015

Kingston Crown Court has sentenced a man to 16 months in jail for harassment after he left “vile” voice messages threatening sexual violence against five women.

Elliot Mutch, 20 of Dennan Road, Surbiton received his sentencing at Kingston Crown Court on March 11, after pleading guilty to five counts of harassment by putting a person in fear of violence and possession of a class C drug at Wimbledon Magistrates’ Court on February 10.

PC Chris Hindle, from Surbiton Hill Safer Neighbourhoods Team, said: “Mutch said he used the Yellow Pages to find numbers that were likely to have women’s voices on the answer machine. Whilst under the influence of drugs he would leave vile and threatening messages, but he was too afraid to speak if anybody actually answered the phone.

“He has since expressed regret and remorse for his actions and assisted police throughout the investigation. He said he never intended to carry out any of his threats.”

Mutch began harassing the victims on November 1, 2014 and he was arrested following an investigation by an officer from the Kingston police on November 28.

PC Hindle said that despite Mutch showing remorse for his actions, it is still a serious crime and that the police would always investigate these kinds of allegations.

“Threatening to rape these victims put them all in terrible fear of serious violence and Mutch confirmed in interview that he knew his actions would terrify these victims. The victims have all stated how his crime has affected their lives,” PC Hindle said.

He continued: “I believe there may be other victims in the area who may have received similar messages at their place of work.

“I want the public to know we will always thoroughly investigate such allegations and bring offenders to justice.”

If you have received similar messages, please contact Kingston police on 101.