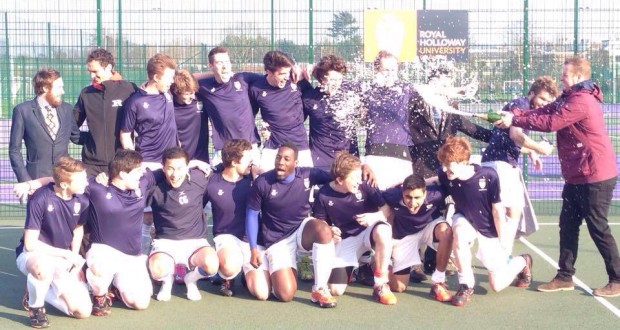 Written by Anthony Waterworth on March 23 2015

Despite holding an unbeaten season winning the league and the cup, the men’s hockey team will have to play hard to earn a victory at Varsity.

The team have won all 11 matches so far this season including three teams in the league above on route to their triumph in the cup.

Top goal scorer and England under 21s player Robert Field said: “We are missing some important players so we might struggle against Surrey. But if we show the character we had against Portsmouth last week I think it’s possible.”

The team are missing England U21s goalkeeper Elliot Bullman who is on fieldwork and Peter Bailie who is suspended after picking up a red card for using foul language at an official.

However the other sports teams are preparing to line up to form a tunnel for the team as they exit the changing rooms because they are the first game being played on Wednesday.

The team will play at 11AM on Wednesday 25th March at Surrey Sports Park.