South Korean boyband BTS leader, RM, has addressed the controversy that arose following a joke made by James Corden that targeted their fanbase ARMY.

In September, the Late Late Show host faced criticisms from the BTS ARMY on social media after a poorly-made joke which implied all fans were “15-year-old girls”.

Corden’s comment was made following the band’s performance at the UN General Assembly, where they also accompanied South Korea’s President, Moon Jae-in, as special envoys for public diplomacy.

During their interview on the show, RM said: “It’s so good to be back, we’re very well. But James, how about you? You’ve been in some hot water with ARMY. Are you alright?”

Corden quickly explained that the joke he made about the fans was, of course, not true because he is 43-years-old and considers himself one of the biggest BTS fans on the planet.

“I’ve seen them [ARMY] at their absolute best when they are a true force for good. Like, they have supported charities that I support at home and they’re amazing,” Corden said. “The prospect of doing anything that may upset them was… I didn’t enjoy that feeling.”

RM soon said that they appreciate Corden’s apology and that they just wanted to clear the air. ARMY also expressed their appreciation for the apology and their gratitude to RM and the BTS members for having the fans’ backs.

Earlier on in the show, BTS performed their hit English single Permission to Dance, which topped the Billboard Hot 100 chart for seven consecutive weeks, and more videos of their time at the Late Late Show will come out soon.

The band also recently won three major awards at the American Music Awards and performed their hit singles Butter and My Universe, on which they collaborated with British rock band Coldplay. 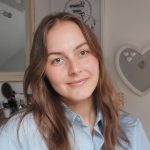