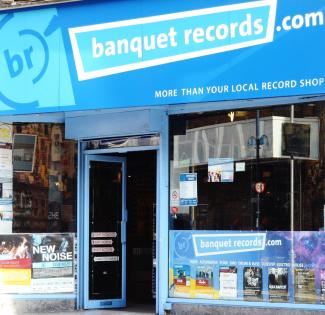 Police have confirmed that there will be no further investigation into a theft at Banquet Records during freshers’ week .

A CD-J unit worth £800 was stolen from the independent store in Eden Street on September 16.

“Two males were seen leaving the store with the equipment around 2.10pm,” said a spokeswoman.

“The store received an anonymous call stating that ‘he’ had the stolen equipment. It was then returned to the store intact.”

She said that there will be no further investigation until new evidence comes to light and the suspects are identified.

Following this, the store has now stepped up security measures.

Piers Kemp, one of the sales assistants said: “We are a lot more vigilant now than we used to be. We’re making sure that we don’t leave anything on show that can be stolen anymore.”

KU student, Jordan Aylward, was in the shop browsing CDs at the time of the incident.

“Three guys strolled in and two of them stood in front of the CD-J unit so that the staff on the till couldn’t see, whilst the other guy just picked it up and walked out of the shop,” he said.

The unit was left on display for customers to see that the store offers a PA system hire.

The police have made no arrests.