The cut in Universal Credit has left students and families across Kingston worried about their finances.

Food banks are preparing for the worst as the government ends the £20 per week increase to Universal Credit that had been put in place to help people during the pandemic.

Tariq Ahabber, Secretary and Trustee for Save the World Club said: “There is 1,000 per cent an increase in worry, anxiety and demand. People have just lost £80 for the essentials. Which people need to keep on paying their rent.

“This month we’re going to get a massive increase in demand, and we’re appealing to the people who are affected by this to come to us and let us help you,” Ahabber continued.

A third year student, who wished to remain anonymous, said: “I don’t think the university speaks about food banks enough at all. I was lucky to even find out about that service because I was in connection with student services around the time I needed help.

“I think generally there is a lot of stigma about food banks which can make your visit daunting once you find yourself in that position. However once you get there you’re greeted with empathetic and warming arms. They understand that we’re human and that life is difficult. There’s no judgment there,” the student continued.

Food banks in the local area have appealed for more donations and volunteers as driver shortages and a decrease in Universal Credit has impacted low income individuals.

Ahabber said: “We need volunteers to organise food that will be donated to make over three hundred hampers and given to vulnerable people in Kingston, like the homeless, refugees, elderly and the disabled.

“Anybody can donate anything they would like. You can donate clothes, DVDs, books, bicycles, tools, anything that is useful for somebody else.”

Universal credit is claimed by more than 5.8 million people in England, Scotland and Wales according to the Government’s Universal Credit statistics.

A shortage of HGV drivers has been exacerbated by the pandemic and Brexit, leaving food banks with depleted stock.

The supply crisis has come at a critical time as most food banks expect a big increase in people needing help with Christmas around the corner.

Ahabber said: “The shortage of drivers has been a problem for us for at least six months. We’ve been appealing to Facebook for drivers.

“We are running on fumes. I ran out of petrol for three or four days, same with all our volunteers. However, we have an electric van, which was purchased a year ago, through the community, and that doesn’t need any petrol. Which has allowed us to continue working.

To help support local organisations like Save the World Club you can volunteer your time and make donations.

If you are a student experiencing financial difficulties support is available or you can contact the Welfare Officer Hamad Momin and the KU Faith and Spirituality Team, who are working in collaboration with Kingston Outreach to provide emergency food parcels. 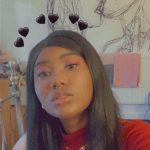