It has been two years since the first case of Covid-19 was detected in the UK. Since then, our lives have been forever changed.

It is hard to think back to a time where we did not have to worry about travelling abroad or going to see a football match without facing some form of restriction.

Throughout the course of the pandemic, governments have curtailed our basic freedoms that we took for granted, hindered our movement, closed our borders, all in the name of protecting public health.

Limiting our lives in this way has come at a cost. A study by Student Minds found that “74 per cent of students reported that Covid-19 has had a negative impact on their mental health and wellbeing.”

However, the government has recently announced the easing of Covid restrictions in England, with self-isolation rules for positive cases to end in March.

The lifting of these restrictions will arguably give people a greater sense of freedom to live their lives in much the same way they did before the pandemic.

Defining ‘freedom’ is both complex and subjective. According to multi-award-winning lecturer in the politics department at Kingston University, Peter Finn, he said: “Any definition of freedom needs to deal with the potential tensions between the individual and the collective.”

On an individualistic level, freedom ultimately comes down to the idea of choice and being able to make autonomous decisions.

The term could be viewed as the power for a person to act, speak or think as they want, while not being imprisoned by any greater force, such as a government authority. It is, of course, an interpretative expression.

Finn argues that “some might see a lack of government interference (and thus likely a low tax burden) as an indication of freedom, whilst others may see state intervention (whether on education or healthcare) as providing people with the support needed to give people the freedom to live the fullest.”

However, it is important to note that an individual is not independent of society. We live in an interdependent society.

As seen during the pandemic, the actions of one will inevitably have an effect on someone else. This is when the idea of ‘collective freedom’ comes into play.

This type of freedom can be viewed as the collective freedoms and choices that are held by members in our society. As individuals, we must acknowledge our responsibility to the collective.

Our societies are built around laws, norms and rules. Some may argue that the oppressive presence of these restrictions were exacerbated as the pandemic emerged.

Third year law student, Katie Neligan, describes laws as “a constructive way of allowing people to have freedom whilst also preventing a small number of individuals to take advantage of their freedom in ways which would negatively impact others.”

It links to the idea of how collective freedom determines the extent of individual freedom.

Back in March 2020, when the government put the country in lockdown and restricted our movement, our individual rights were put to a test for the sake of reducing the spread of the virus.

Whenever these restrictions were implemented, the tension between protecting public health and protecting personal freedom increased.

Finn said: “Scepticism about governments, elites, the media, vaccines, and misinformation were issues prior to the pandemic, but very real restrictions of how people live their lives day to day have allowed those who buy into and peddle such narrative to pick up pre-existing frames of what freedom is and harness frustrations about such restrictions.”

As a result, impassioned debates and protests have arisen across the country demanding democratic alternatives in an attempt to regain some form of ‘freedom’.

During the second wave of covid cases in the UK, students were vilified in the media for breaking Covid rules and were blamed for the rise in cases across the country.

As part of restrictions campuses and libraries were closed to some extent or other throughout most of the academic year.

Neligan described these restrictions as damaging to students.

Neligan said: “Equal opportunities were jeopardised as one student’s living conditions and thus ability to study at home would be dramatically different to another’s.”

It raises the question on how we measure restrictions against freedom.

Does forcefully wearing a mask limit our freedom in the same way as a student not being able to attend campus?

Neligan said: “The government deciding we no longer have to wear masks does not grant me with anymore independence as it has been given on their discretion, something which they very easily have the power to take back and have done before.”

Perhaps the pandemic is shifting the traditional formulation of freedom. For instance, most people seem to agree with the law that does not allow citizens to murder one another despite the fact that it does go against our individual freedom of choice.

In contrast, forcefully having to wear a mask is not a law everyone subscribes to. Some may contest that laws surrounding mask wearing and social distancing are arbitrary as they are continuously being enforced and relaxed.

Have we ever been free?

Despite the laws and boundaries that surround us, Western-style freedoms have often been presented as an ideal template for the rest of the world.

The pandemic has potentially been the first time in decades where our freedoms have truly been curtailed. Although do we really have a right to complain?

“If one conceives of ‘freedom’ as being free from state interference and the influence of others, then we have never been free.”

During the Second World War, people were forced to evacuate their homes or fight in the war. Our grandparents would argue we have a much wider range of choices and ‘freedoms’ than they could have ever imagined.

Finn argues that while laws can reduce personal freedom and actions against undue state actions are vital, it is important to remember that governments can facilitate freedom.

Finn said: “One can see this in the current UK vaccination program. This program can hopefully help us move beyond a continual cycle of restrictions and so-called ‘freedom days’. Would we really be more free if we did not have an NHS able to deliver the program?”

It ultimately depends on how one perceives the notion of freedom.

As restrictions are eased, the utopian hope of normality is beginning to materialise.

The ideas and conversations surrounding freedom have become polarising throughout the pandemic and will likely play a vital role as we enter the post-pandemic world.

Peter Finn is running an event on vaccination titled ‘Get Jabbed Ealing’ on February 10 2022. The event will run on this Teams meeting and you can register here. 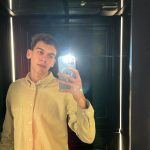