Reading scored early on through a short corner, taking it quickly and, a couple of passes later, one of their forwards fired the ball in from close range.

Kingston responded, putting pressure on Reading in search of an equaliser that eventually came during the second half.

Under 21s England player Will Calnan passed forward to Ben Spencer who beat a couple of Reading defenders and managed to score.

Their winning goal came from a short corner when the ball was passed to Calnan, who took a powerful shot from the edge of the area and beat Reading’s keeper.

Kingston are top with 18 points and a game in hand over Reading and Royal Holloway, with only three matches left to play.

Captain Chris Rodgers believed his team had what it took to win the league, which they did two years ago, but found that league more difficult and got relegated last year.

“I think we should win the league. It’s looking promising but only time will tell.”

He recognised it was a tough game and was pleased his team came out on top.

He said: “It was a hard game. We knew it was going to be a hard game so we just had to try harder to try and play around them.

“They’re a well drilled team so they know where to be and what to do so we just had to try and play around them and find the gaps as and when we can.

“And obviously one of our strengths is short corners so just trying to get them and have Will [Calnan] flick them.

“They worked out fairly well because obviously we ended up with a win today that was ideal basically. So it was a good game.”

Instead of celebrating being top of the league, he explained that his side was just taking each game as it came, but lost concentration for Reading’s first goal.

He said: “I think that kind of showed in the first half when we let them in, because we weren’t playing as well as we probably could because we got just a bit too confident and it backfired.

“We had to knuckle down and show that we were capable of being at the top and staying there.”

At the start of the season, he was fairly confident they were going to win the league.

“Right at the start of the season we got new players and we had to try and figure out where everyone played best as a team.

“We were slowly getting there and had won every game, so we knew we had a team that was capable of winning the league but we had to go out and perform.”

Goalscorer Calnan was also confident of winning the league but echoed Rodgers’s words about focusing on each game as they came.

He said: “Be confident but just don’t get too complacent. Use that confidence to fire up a good performance, play with a bit of pride.”

Calnan has played hockey since the age of nine and now plays for England’s Under 21s team and Hampstead and Westminster Hockey club.

“I’ve been playing hockey for a long time, and I try to get the boys to improve their game.”

Goalscorer Spencer, who also thought the league was there for the taking, said Kingston beat Reading in an away game earlier in the season but that this match was much more difficult.

“We’re still top of the league but that was a tough game. It wasn’t the best of performances from us but we managed to push past it.”

Grabbing a win without performing as well as possible is a trait of Champions, which Kingston will be looking to become with just three games left of the season.

On March 8 they play University College London men’s third team at home and then play them again away the week after, and on March 22 they will be challenging fellow title contenders University of Holloway. 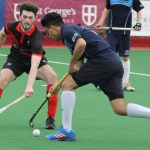 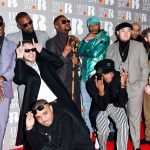