Kingston University’s women’s hockey team came back from two goals down to draw 2-2 against University College London (UCL) in Surbiton on Wednesday to stay top of the BUCS South Eastern 2A League.

KU struggled in the first half and allowed UCL to take a two-goal lead into halftime, but second half goals from midfielder Hannah Denison and forward Acacia ‘Kaka’ Taylor rescued a point for the Cougars.

Denison missed a late penalty for Kingston with the scores level, but the home side were fortunate to escape with a point after a nervous finish in which UCL missed a one-on-one opportunity.

Team captain Kim Pratt said: “2-2 from being 2-0 down is a great result. In the whole game we played some really nice hockey, we just couldn’t finish it.

“It was really intense at the end, everybody had to get back, it would have been devastating had we conceded.”

Kingston looked to have made the perfect start to the game, but forward Emma Higson’s effort in the first minute was ruled out as the referee alleged the ball had hit the forward’s foot before it had stick.

KU pressed on and continued to dominate play only to concede a goal from what was UCL’s first real attack of the game when Serafina Di Felice scrambled home after an incisive UCL counter.

UCL scored again on the break in the 26th minute of the half to double their lead, as Annabel Weingart-West capitalised on some poor KU defending.

Kingston came out of halftime looking a different team and instantly halved the deficit when Pratt picked out Denison, who gave the goalkeeper no chance with her shot from the top of the D.

Four minutes later and the score was 2-2 when Denison’s shot from a penalty corner fell kindly to Kaka, who scored on her second attempt.

Kingston thought they had taken the lead in the 22nd minute of the half when Kaka had the ball in the back of the net, only the umpire had already whistled for a Kingston penalty so play was brought back.

Denison would have fancied her chances to score from the spot given her outstanding performance, but the midfielder could only drag her shot wide.

It looked as though that miss would come back to haunt the home side as UCL began chasing a winner of their own, and it almost came when Di Felice found herself clean through on goal.

Kingston goalkeeper Amy Bowers rushed out of her goal to make a great save which helped seal the point Kingston needed to remain top of the division – tied on points with UCL with an identical goal difference.

KU are playing in BUCS 2A after last year’s promotion and have not looked out of their element having now gone five games unbeaten to start the season.

“It’s looking good, I am so impressed with the squad. We are quite impressed that we are not getting smashed every week,” said Pratt.

Kingston’s next game is against title rivals Chichester when the league resumes on February 1 2017, while UCL play host to Brighton. 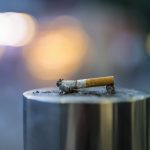 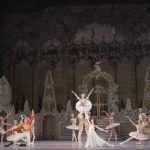