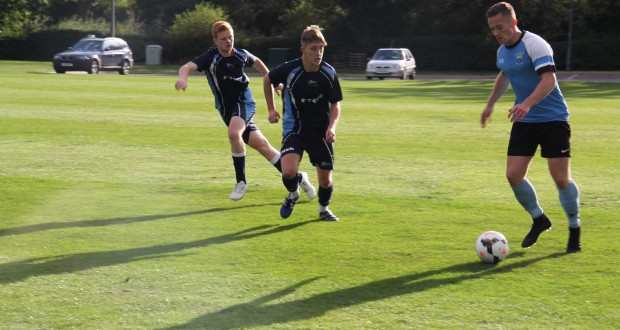 KINGSTON’s football first team were left heartbroken after they were beaten by a late winner defeat against St. Mary’s 4th team on Wednesday ending 3-2.

The Cougars dominated a strong 80 per cent of the game with precise passing and inspiring team work in a brave bid to claim their first win of the season. However, Kingston were set back by St. Mary’s captain, Thomas Rice, as he secured a hat-trick.

Kingston led twice but was defeated by a St. Mary’s counter-attack from a free kick in their own half. This secured them the win as Thomas Rice drove the ball into the bottom corner of the goal, coming off the keeper’s fingertips.

Gareth Chendlik, captain of Kingston men’s first team, said: “I think St. Mary’s had three shots total in the whole game if I am honest. We dominated possession. We were a much better side and it was unfair. We’ve been killed ultimately.”

Kingston started out strongly when a penalty was tapped into the bottom right by Connor “Spoons” Billington in the first 10 minutes, allowing them to assert their dominance for the remainder of the game.

After a strong 20 minutes, Kingston was suffering from controversial refereeing decisions, who let at least two handball offences by St. Mary’s slide. At half time, the referee said: “I only call it if it’s deliberate, not accidental. It’s them [the players] that don’t know the laws.”

Midfielder Ashton Bailey wanted to prove his determination. He danced through at least three players in a strong attack after St. Mary’s equalised with a goal from an open ball two-thirds into the first half.

After 70 minutes into the game, and as Kingston fans were encouraging their team to move forward in the game, centre-back Connor Billington curled in an incredible 30-yard screamer to equalise and ran to the fans to celebrate. 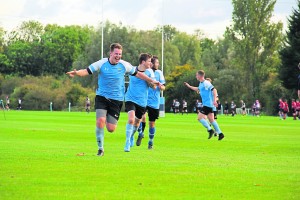 Gareth Chendlik described Billington as the star performer of the game. He said: “Connor Billington scored a great goal but he also played a great defensive performance. I’ve known him for a few years now at this football club and he’s such a big presence.”

Both teams felt the pressure in the final 10 minutes, one fan describing it as “the big push”, with Kingston increasing the pace of play, their pressure and quick-thinking runs.

Captain Chendlik said: “The Universityseason isn’t a long one. It’s 10 games long and I just said to the boys in the changing rooms you could probably only afford one or two losses a season. So I have said to them that this is our loss.

“There were positives, inthe starting line-up we had six or seven new players and we’re still a new team and getting used to how each other play. We’re going to get stronger as the weeks go on.”

Kingston’s men’s first team are due to play an exciting match against Brunel University later this month. They will be travelling there on October 21 for the second league match of the season and they will be playing against the third team.