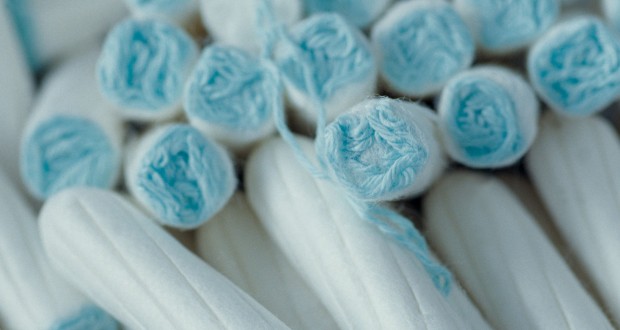 Are tampons really a luxury?

Written by Luisa Barrientos on November 17 2015

Tampons are a necessity for any female who has reached puberty. We cannot help getting our periods and we need the protection. So how is it that a necessity is seen as a luxury by men in Parliament? A box of Tampax Pearls and a package of Always sanitary pads are not my idea of splurging on a shopping trip.

In my mind, luxury is staying in a presidential suite in Milan for five days on an all-expenses paid holiday. So, since when did monthly bleeding, along with feeling sensitive to every stare and comment from people, pains that make you bend over in the foetal position and awkward spots become a luxury for women? Women should not have to pay tax for a necessity like tampons or sanitary pads. If we could opt out of our periods, we would, but in order to keep our bodies normal we have to endure them 12 times a year.

The statement ‘being a girl is hard’ is not us females trying to be melodramatic; rather it is us being honest about that one week in the month that feels like we are going through Shark Week. Men cannot begin to comprehend the pain mentally and physically we go through every month just to be a female. So why do male MPs in Parliament think it is right for them to make the decision to keep the five per cent VAT tax on tampons? I personally think if they went through just one menstrual cycle they would revoke that tax immediately. Like Jennifer Aniston’s character, on the sitcom Friends, Rachel Green famously said: “No uterus, no opinion”.

Last weekend strong minded feminist, Charlie Edge, from Berkshire, organised a protest outside Parliament and opted out of wearing tampons whilst on her period wearing white trousers, to show just how luxurious tampons are and to gain the attention of the general public and media. Bleeding freely for a couple of hours in public caught a lot of people’s attention, but I have to say there could have been other ways to make a statement. How about drawing the public’s attention to the homeless British women who actually cannot afford tampons or sanitary pads and have to bleed free every month? How about drawing attention to these women, who might have to resort to shoplifting or using toilet paper, and showing why tampons and sanitary pads are truly a necessity for females in that way?

I am just as angry as the next female that I have to pay a five per cent tax on an item I have to use for a few days every month. But I am still going to buy them, because I do not plan to bleed freely to boycott tampons. So if I am really going to argue with Parliament about their unjust taxing, I am going to bring in the women who truly and honestly suffer from the tax, the women who have to use anything else they can find on the streets because they cannot afford tampons. Will these women make cuts on the foods they buy in order to afford tampons? Will they skip meals or buy cheaper meals, causing a decline in their health, all because of sanitary products? Maybe the only way to get rid of this tampon tax is to stop telling the government of our own outrage and start telling them of the women who have truly suffered from this tax.

The five per cent VAT tax on tampons and sanitary pads is ridiculous, and Parliament should go back and rethink their decision. Everyday necessities should not be taxed so highly, while other products like alligator meat and edible cake decorations are not. The bottom line is that the tax should be revoked, but the way we are approaching the problem to end the tax should go back to the drawing board.