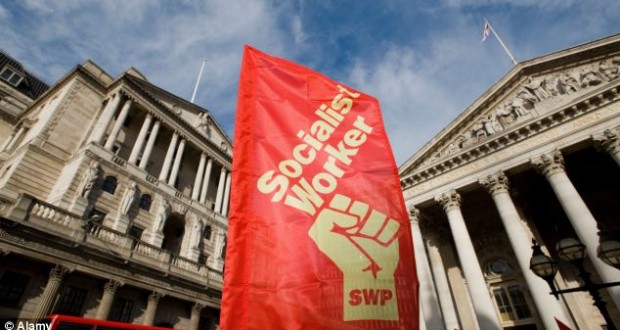 Socialist guest speaker blames the US and UK for ISIS

Written by Harriet King on December 8 2015

During a talk held by the KU Socialist Workers Student Society (SWSS) a socialist guest speaker blamed America and Britain’s part in the Iraq war for the rise and the creation of the Islamic State (ISIS).

The talk, ‘After the Paris killings, no to racism and war’, was held last week to create an open debate about racism and Islamophobia in Britain in the aftermath of the Paris attacks.

The guest speaker, Mark Thomas, from the Socialist Workers Party, said: “It did not start November 13, it did not start with Charlie Hebdo in January. The cycle really began with the first Iraq war in 1991.

“Where was ISIS born? Iraq. The horrors of ISIS was created by the even vaster horrors imposed on Iraq. ISIS is the child of that occupation.”

Thomas explained that ISIS recruits young people and that many of these are children born during the first Gulf War in Iraq, growing up with hatred for America after the invasion.

Thomas said: “Their childhood was shaped in the ’90s when the West, particularly America and Britain, imposed sanctions on Iraq, described as the most rootless embargo in modern history. The US prison camp Bucca in southern Iraq connected the people that went on to form Al-Qaeda in Iraq. Al-Baghdadi, said to be the leader, was in Camp Bucca.”

Furthermore, Thomas is against the bombing of the Islamic State as he said it will only bring more people against the West and into ISIS’ arms.

“I think it’s unlikely that bombing will get rid of ISIS. America has now been bombing for over a year and ISIS has not been broken, even if it is did, what would be the next horror that emerges? I do think it’s a responsibility of the West.”

Figures published by The Independent show that 115 Islamophobic attacks occured in the week following the Paris killings, a spike of more than 300 per cent.