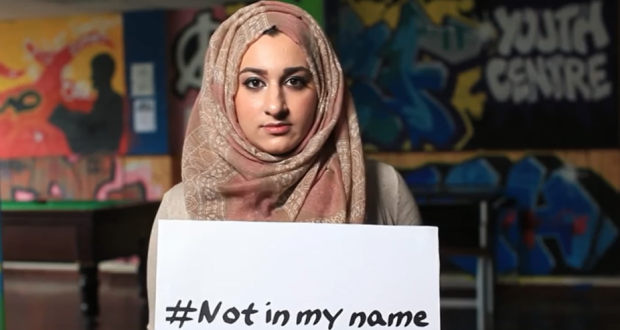 Paris backlash: a war of ignorance

When the Charlie Hebdo shootings happened earlier on this year, 26 mosques around France were subject to attacks by gunfire, grenades and pigs heads. Two weeks ago, a day after the more recent Paris shootings, a woman wearing a hijab was pushed in front of a tube on the London underground. It is painful to think we live in a world where one human thinks another should die because of their identity.

The Holocaust, led by Adolf Hitler, saw the deaths of six million Jews: as Germans faced a fascist totalitarian state, many did not conform to the Nazi regime. Radical Christian group, the KKK, consists of around 10,000 members, however there are over one billion Christians in the world today. Jihadist terror group ISIS consists of around 31,000 members, who share the same religion as 1.6 billion Muslims.  But, we did not blame the Germans for Hitler, we do not blame Christians for the KKK, so why are we are blaming Muslims for groups such as ISIS?

Francois Hollande announced France and the West are at ‘war’, and he is correct – however we are not only fighting a war of terror but also a war of ignorance.

The rise of Islamphobia, especially in the UK, has hit an all time high this year as the media plastered the Internet with the revolution of the Islamic state. Islamophobic attacks in London have increased from 495 in 2014 to 816 in 2015.

Many Muslims have defended themselves from hate crimes since the Paris shootings by trending the hashtag on twitter ‘Muslims are not Terrorists’.  But for what? Who are you defending yourself against? The wannabe controversial Facebook user who wrote an outrageous status claiming the Quran states Islam condemns the death of innocent civilians? The truth is, they should not need to defend themselves– online, on the streets, not at all.

Do people genuinely think ISIS considered the religion of their victims when they stormed the Bataclan with open gunfire? Evidently not – considering there were Muslims among those killed in the attack.  Same with Syria, everyday innocent Muslims are killed in sieges and attacks. If you genuinely believe these terrorists are influenced by solely religion, and don’t possess an innate ‘license to kill’ characteristic, then you need to reevaluate your perspective on every religion out there. ISIS’ obsession with power stems from a far more complex ideologies than those of Islam.

We live in a multicultural society at peace, and have done for many years, so don’t let the acts of a minority jeopardize and distort your vision of one of the most tolerant and welcoming religions in the world.