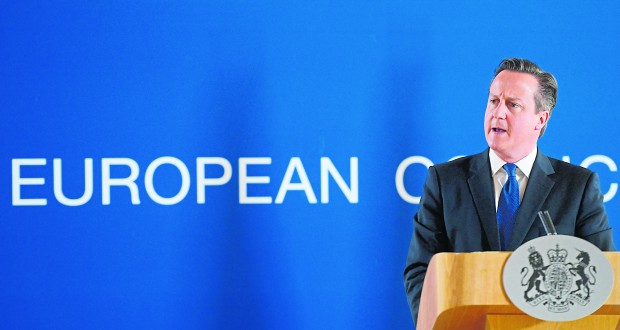 Why Brexit is a one-way journey to self-destruction

Written by Mauro Orrù on February 3 2016

Britain’s membership of the European Union is a 42-year-old odyssey but a referendum can annihilate all the work in 24 hours. Prime Minister David Cameron’s negotiations with the 28-member bloc are well under way and the recent concession for MPs to disagree with their party leaders on the vote suggests that a referendum may take place within months in 2016.

George Osborne defined the Brexit issue – as we’ve become accustomed to call it – a once-in-a-lifetime opportunity. In the unbelievably catastrophic prospect that the misinformed – sadly a good chunk of us – vote to leave the EU, Britain would embark on a one-way journey to self-destruction for two reasons.

Our generation will be the one and only to determine the financial stability of British and EU students. EU students would vanish one by one as they would no longer be eligible for tuition loans – indispensable in a country that charges £9,000 a year for a university course that’s probably worth less than £1,000.

Undeniably, we’re all acquainted with some EU students and their disappearance would considerably reduce our circle of friends, unless they’re wealthy enough to cover their annual fees without a loan. Quite unlikely. A narrower variety of people on campus would spell the end of the renowned multi-culturalism that allows British students to compare ideas with foreign counterparts and stimulate openmindedness.

The second reason to avoid a Brexit scenario is that our vote will inevitably restrict where students will be able to study in the future. We can rest assured that kicking out EU students will result in fewer loans and higher tuition fees for the ever-growing number of British students who – quite rightly – venture themselves in countries like Denmark and Bulgaria, where tuition fees are humanly affordable for now.

At this point, they would either need to put up with such schemes and drown in debt or stay out of university. In the end, it all comes down to our ability and willingness to convince as many people as possible to vote for Bremain, an unfortunately less famous term than Brexit.

It would be absurd to inflict further financial damage to British and EU students. This vote will solve the question for at least one generation. We do not really have the right to impose the wrong future on those who do not have a voice in the matter.