The search for logic and answer is as wild and confusing as protagonist Jake’s stumbling through a time loop and landing in the year 1943, in the latest from Tim Burton’s cinematic works. Based on Ransom Riggs bestselling novel “Miss Peregrine’s Home for Peculiar Children”, it is entertaining but fails to keep the suspense and finishes with a rushed ending.

In “Miss Peregrine’s Home for Peculiar Children” we follow the story of teenage boy Jake, played by English actor Asa Butterfield, an outsider who finds his beloved grandfather dead in the backyard of his Florida residence.

Jake is the typical timid teenager with self-confidence issues, a boring life and a family in which his parents only care about themselves. His grandfather Abe was the only one to provide him with the attention and love he wanted and needed.

Abe used to tell Jake stories about an island before the coast of Wales with a certain children’s home, Miss Peregrine’s Home for Peculiar Children. Jake’s grandfather used to live there and returned to that place again and again over the span of the years. Jake, on his search for closure, convinces his therapist and his parents to let him visit that island and look for that home and the owner Miss Peregrine.

There, he meets Miss Alma LeFay Peregrine, Eva Green, who plays the clever, pipe-smoking, charismatic carer. Aside from her brilliant mind, she controls time and can turn into a bird. She’s responsible for the peculiar children whose powers remind strongly of the X-Men.

Emma Bloom, Jake’s love interest, controls air and wears heavy metal boots to keep tied her down to the earth.  Her character is likeable, but lacks depth. Her shared past with Jake’s grandfather stays vague – perhaps to not put people off the budding romance between her and Jake – and her back story stays completely in the dark.

The eleven inhabitants of the home have fantastic and creepy abilities, such as Fiona, who can grow and make plants bend at her will. Milo has a beehive living in his body, and the bees stick to his skin as if he was covered in honey. Enoch puts living organs into inanimate objects and brings them to life like that, to name a few. However, their backstories remain completely unknown.

Jake is bemused to find out that the children knew Jake’s grandfather when he was  young. Soon Jake realises that he stumbled from his own year 2016 through a time loop into a day in Wales in September 1943.

The story of Jake finding out about the children’s home, finding the time loop and basically becoming a whole new, better version of himself is mostly entertaining to watch, but predictable and therefore at times boring.

For at least half of the movie we stumble confused through the dizzying narrative; only in the last 40 minutes the entire plot starts to make sense in a way as we discover who the villain is – Samuel L. Jackson as crazy inventor Barron.

Barron experimented with peculiar shapeshifters like Miss Peregrine during the early 20th century to gain immortality. But his experiments failed and all attendants of his tests turned into big, sickly white monsters without eyes, with long lance-like limbs and tentacles coming out of their muzzles. They’re called Hollows and, to regain their human forms, they have to eat the eyeballs of peculiar people.

The plot picks up at that point and, as we are used to from Tim Burton, the visual effects are remarkable and well worked into the frames. The Hollows look nightmare-ish and their hunt for eyeballs is disgusting and creepy in a very entertaining way – just the way we know from the director.

The children get saved and Jake, with him having defeated Barron, has changed the past and future and thus saved his grandfather from being killed. However the ending is rushed, unsatisfying and just as confusing as the beginning, it leaves too many open ends and unanswered questions. The story had a lot of potential but was too messy and unfocused to completely enjoy.

While watching it, there are certainly times when you recognise it as a Tim Burton production, you recognise his special handwriting in the way the scenes are put together, the sometimes silent, subtle horror and the few well-placed scary moments are entertaining. The characters are delightfully strange in their weird quirks and abilities that swing between creepy and cute. The gothic sense of atmosphere, emphasised by the period costumes remind of other Tim Burton movies. His films often focus on freaks and loners and who don’t fit into society, and Miss Peregrine’s is no exception.

Visually the movie is brilliant. But, the movie does not succeed in pulling the viewer in as much as the time loop of 1943 managed to capture Jake. The amount of characters that could have been explored more is disappointing, and the teen romance was predictable from the beginning.

There was a lot more potential to this film. It is entertaining, but not for the whole two hours and the last exciting 40 minutes do not make up for the one and a half hours of confusion beforehand.

People who expect a Tim Burton movie like Sleepy Hollow, Ed Wood or Edward Scissorhands will be disappointed. 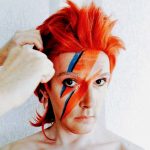 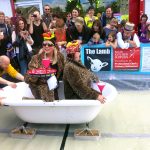