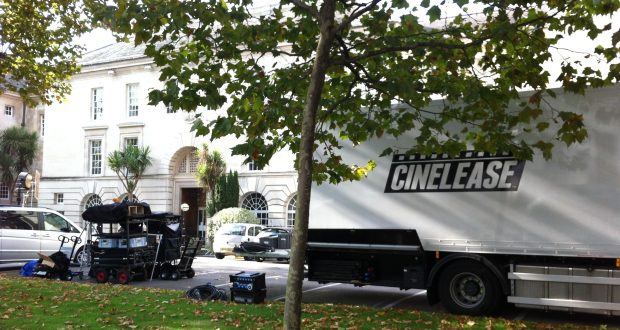 The ITV production company that made Poldark has set up camp at KU halls to film their new legal thriller, starring Helen McCrory, across the road from Kingston University.

Filming began in September for the new drama ‘Fearless’, a collaboration between ITV and leading UK production company Mammoth Screen, with some scenes taking place in the old court rooms at Surrey County Hall.

Mammoth Screen unit manager for the shoot, Stephanie Andrew, said that only smaller scenes were being filmed at County Hall, about three minutes of dialogue a day, with a crew of about 60 people.

She said that Seething Wells was the unit base, and the trailers parked there contained costume, tech, and catering services, and that the cast went there during filming for costume changes.

The trailers have been at Seething Wells in Surbiton on and off for a few weeks, according to a receptionist at the halls.

Students living at the halls had no idea what the vans were for, only that they were something to do with a film crew.