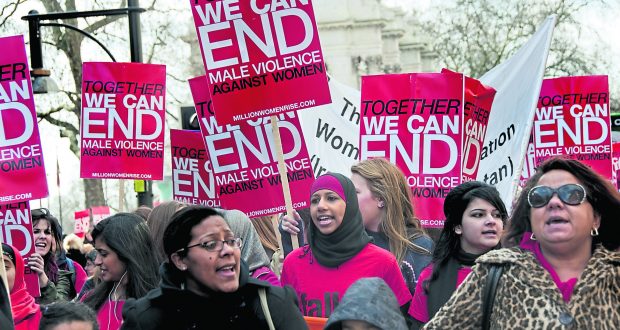 The meaning of NO: consent classes and students

Written by Meka Beresford on November 3 2016

Across the country universities have been rolling out consent classes following a rise in on-campus sexual assault.

The classes have been introduced at top universities, including Oxford and Cambridge, as part of induction week alongside library tours, fire safety talks, and ice breaker lessons.

The workshops touch upon themes of consent, make students aware of the support services made available to them at that particular university, and talk about the impact of sexual violence on mental health and the wellbeing of individuals.

Students are also given quizzes about statistics to highlight the shocking numbers and asked to discuss scenarios around the complexity of consent.

Hareem Ghani, NUS women’s officer, is committed to cracking down on student sexual assault, and is implementing consent classes for all students across the country.

The nature of the workshops is often misunderstood, explained Ghani. “Many argue that consent talks have “nothing to do with the course they’re studying”, but that comment in itself is deeply problematic.”

The classes seem fitting too, as sexual assault and violence is a national problem, with one in four women experiencing sexual harassment at some point during their university years, according to Ghani and the NUS.

Female students in Kingston are no exception either, as a survey by The River found that 50 per cent of female students have experienced sexual assault or harassment.

Kingston Metropolitan Police received a total of 23 reports of sexual violence in the year running up until September 2016, seven of which were reports of rape.

This is a total increase of 53 per cent on the previous year, up from 15 reports.

However, the consent classes have been attacked by many as they fail to set up safe spaces – a wider issue a number of higher education institutes face in the wake of banning controversial speakers and topics.

The workshops have come under fire because there is no hard evidence they reduce the risk of sexual assault.

Many have also criticised a lack of training as potentially doing more damage than anything else.

Those leading courses in Oxford advise students not to disclose experiences of sexual assault at the start of the classes, because they are not trained counsellors.

Students at York University walked out of the classes because they were “patronising”, whilst no one attended the opt-out classes at Cambridge.

Kingston does not currently plan to roll out the workshops, despite the increase in sexual violence within the area.

A spokeswoman for the University said: “The University does not hold classes around the topic of consent, or have plans to do so at this time.

“Kingston University is committed to creating an environment on campus where all students treat each other with dignity and respect.”

Ghani insists the nationwide issue needs to be addressed, and that the workshops should be compulsory.

“I believe that consent classes ought to be mandatory for all students. To reiterate, we are facing a national problem.

“Students and staff do not understand what constitutes consent. Some universities don’t even have specific guidelines for assault. Thus we need to ensure that someone is taking the necessary steps to bridge this gap,” she added.

KU game technology student, Craig Hawkins, believes the classes should be offered on an opt-out basis.

He said: “I wouldn’t go to a class on common sense, but some people have no common sense. It seems weird to be taught this at university level. It seems like something that should be taught alongside sex education in earlier years at school.”

KU masters student, Hannah Coates agreed: “I think they should definitely be offered even if it’s just in enrichment week or induction week because people seem to have such an issue with understanding exactly what consent is, and then they use that in their defence when they commit offences, which is ridiculous.”