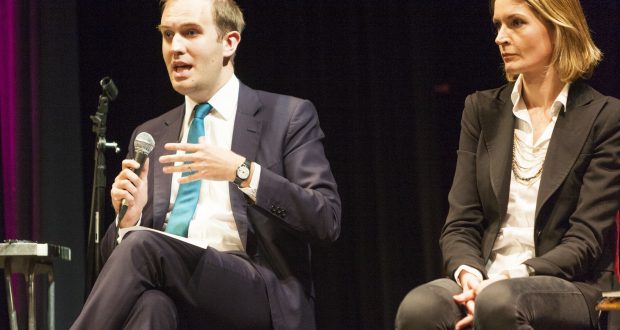 Why don’t our politicians care?

Written by Meka Beresford on December 6 2016

In a far away world where chairs older than your ancestors are bound in shiny green leather, 650 people sit and debate the lives of 65 million people.

The laws you should abide to, the tax you should pay on a shot of tequila and how much money you should cough up to get an education.

Those 650 people decide on the lives, the rules and the expectations a whole nation must live up to, and the people deciding on these rules are failing to represent the population proportionately.

Just 6.3 per cent of MP’s are an ethnic minority, 29.4 per cent are female and 4.9 per cent identify as LGBT, meaning 59.4 per cent of the UK’s representatives are straight, white males.

Berry came from a family of academics, his mother and father having attended university, and he studied at UCL going on to attend Harvard Law in the US.

Like so many of the country’s representatives, Berry could be said to be disconnected from the population of his constituency.

While Kingston is rich, its students certainly are not, and with the University only ranking 122nd in the Sunday Times University league table, it is no Harvard Law.

Not everyone has the opportunity to study in top schools and earn the sort of money MPs rake in, and it is often seemingly impossible to create those opportunities for yourself when you are riddled in debts of up to £50,000 before the age of 25.

Those opportunities seem even further away since grants were abolished and debt was encouraged.

So many students find themselves knee deep in an overdraft, two credit cards and surviving on Aldi’s answer to pot noodle.

But politicians are seemingly unsympathetic to our situation.

Berry has called himself an advocate for education, but his support for the scrapping of maintenance grants does not say much for his pity on students.

Starting a degree comes hand in hand with looming fees, which are incredibly uninviting, and the divisive decision to get rid of grants is the perfect example of why our MPS fail to represent us.

Politicians promise that “more people from diverse and poorer backgrounds than ever before” are now at university, but in reality white middle class kids are saturating the system of education which is becoming less accessible year upon year.

They encourage further education, stating that we will earn more than £150,000 in a lifetime than someone who pursues other walks of life.

But they do not care to lower the cost of living to help us make it through to the other side. “You choose to study in London,” they say. “It’s bound to be expensive.”

Yes it is, and we are not denying that, but what option do we have when the job market ceases to exist outside the confines of the country’s capital?