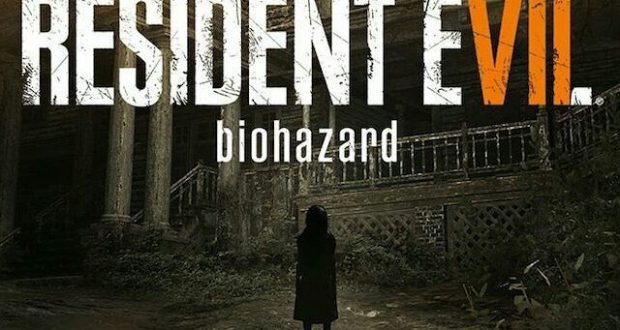 Written by Michael Lloyd on February 14 2017

It’s only been 10 months since the last resident evil game- a game that many fans disliked. I thought that it would take Capcom longer to turn the series around, winning over them fans. But I was wrong. Resident Evil 7 biohazard does this, taking the series into a new direction away from the full on action that was Resident Evil 6, back to the series roots with this scary but fun survival horror game. And it does this well.

Despite being set after the events of the last game, this is a good entry point to the series with references to the previous titles but not extensive knowledge of them required.

You play as Ethan who receives a distressing video from his missing wife Mia and tries rescue her from a spooky plantation mansion in rural America. He finds her but she’s infected with something, which you find out what later, no spoilers, and tries to kill him. For the next few days his life becomes a nightmare, trying to escape from a house where his infected wife is trying to kill him. On top of that there’s the Baker family. The family of crazy people that were keeping Mia locked there and now tormenting Ethan too. He must avoid and fight these characters that are trying to kill him and scare you whilst solving the mystery to uncover the truth of what’s happening. And, of course, escaping.

The story was slow but filled with suspense so it was generally enjoyable. Also I liked the twist at the end and the fact there’s a choice of two alternate endings.

If your idea of fun is getting scared, this is for you. I admit a couple of times characters jumped out at me, I jumped. Okay, maybe more than twice. But I found myself playing because I was intrigued by the story and gripped by the suspense. Although it starts slow, the game gradually builds up with it’s eerie atmosphere.

The boss fights were my favourite parts. Nothing can beat the thrill of finally taking down a character that’s so difficult to kill and whom you thought you killed earlier.  It’s fun to sneak past enemies too, peeking out from cover to see if the guy with a chainsaw is still there and even more exciting if he look over and sees you.

However, the puzzles, which are a key part of the series, were easy and this game and didn’t play a key role. Towards the end the game became a bit repetitive and less scary because of having a gun to use, even if ammo is scarce, whereas Outlast, a similar horror game, doesn’t even give you weapons and are hence a lot scarier to play.

And the lesser enemies trying to kill you, did so the same way all the time and were slow and easy to beat, meaning after a few encounters with them, they became quite dull.

The biggest change in gameplay was the shift to the first person perspective which adds to the scare factor, for example, making it easier for enemies to attack from behind. You can also put your arms up to limit the damage you receive from attacks which can helpful but was unnerving when that was the only thing I could do before getting a weapon.

Over time playing the game, you pick up more weapons and tools which are useful. I remember feeling so relieved when I picked up a gun for the first time in the game. But this isn’t a shooter. Resources and ammo are scarce so you have scavenge for resources and need to make each shot count, conserving ammo.

There’s helpful hints in the game too. The options to highlight nearby objects which I took full advantage of, a mysterious voice calling you on phones, telling you where to go to progress the story, and the saving system which is great since it allows you save your progress as much as you want.

There’s also great replay value in this because there’s VHS tapes you can find that to discover the origins of the characters, you are able to avoid some enemy encounters so each experience of the game can be different and the fact that when you complete the story, you unlock the asylum/ madhouse difficulty where saving is really limited.

Another strength of the game is the graphics. Running at 60 frames per second means that it runs smoothly for all platforms you play on. And it supports HDR and PlayStation 4 Pro updates so improvements can be made.

The level of detail is great, from the intricate paintings on the walls and the beautiful lock of a door, resembling animals, to the horrors like maggots in littered pots, the gruesome monsters and the mad smile of your wife as she tries to kill you.

Some of these monsters were actually created out of real meat. Instead of making them all from 3D models, Capcom hired makeup artists to build the monsters out of actual meat and then converted these into the game.

I generally liked the voice acting although sometimes it could seem over the top, but maybe that’s what should be expected from an evil, psychotic family trying to kill you.

Sound effects worked well with the engine-like noise of a chainsaw being the one that stuck with me.

The soundtrack was decent but only the main song, ‘Go tell Aunt Rhody’ by Jordan Reyne and Michael A. Levine was memorable for me. It’s quite spooky but I found it more catchy than creepy and doesn’t seem to fit the game considering the original was part of an 18th century French opera.

Although it seemed to drag on towards the end which became repetitive and less scary, I thoroughly enjoyed the game and hope Capcom’s next instalment in the series will be similar. I don’t think it go down in history as highly as brilliant Resident Evil 4 but this will be looked back on fondly. If you are interested in this genre, Resident Evil 7 biohazard is for you.