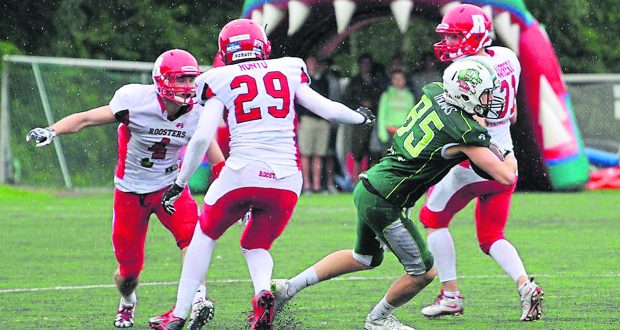 Written by Michael Lloyd on February 20 2017

Timothy Thomas always plays with a chip on his shoulder. It’s what motivates him to try his best, playing for the KU American Football (AMF) Team, a professional club in Finland and Great Britain.

Thomas, 24, said: “I was never a big hitter, still not a big hit now but I just love hitting people hard. I always play with a chip on my shoulder because ever since I started playing football, people have always looked down on me.

“I was always a skinny guy, other guys were a bit bigger. I just always feel like I can always be better than the next guy. That’s what really drives me.”

When the KU AMF team returned to action last Saturday in their BUCS Premier South League, the highest league at University level they can compete in, the team were thrashed 31-0 by Birmingham University.

Next Saturday they play league leaders University of Hertfordshire so they will be counting on players like Thomas to be playing their best. 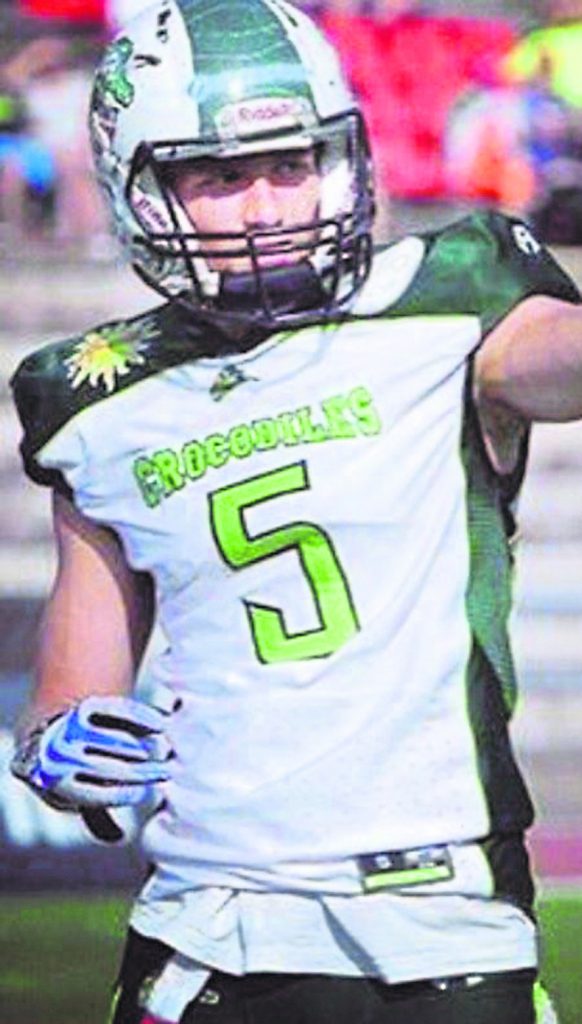 This is something he always does. Working hard, training in the gym most days of the week.

All because he still loves playing the sport, especially the physical aspect of the game and the tactics, which he enjoys analysing for fun and as part of his degree of sports science he’s studying.

It was the training and hard work that transformed him into the bigger guy he is now, but he had always been outside playing sports.

Born into a sporty family in South Africa, Thomas was raised in Wales and played many sports from football and tennis to cricket, saying: “you name a sport and I’ve played it”.

It was only a matter of time before he tried American football.

After seeing it on TV, he threw a ball about in the back garden with his brothers and joined a local team, South Wales Warriors.

“Any time it rained on our local pitch, the groundsman said we couldn’t practice here so we had to go and find a field and it was this place called the swamp and it was literally up on this hill.”

Thomas played five-a-side non-contact from aged 15 to 18, then he joined the adult league at South Wales and won the British Championship there three years in a row.

But after a year of injury, suffering from a torn ACL ligament back in 2014, Thomas moved to Bristol Aztecs who play in the British National League.

“I just did well against those big teams. I scored most touchdowns in that league, most catches, most yards. No other player in my position was close.”

He then put a player profile of himself on europlayers.com and received offers from teams in Finland and decided to join a close friend at Seinäjoki Crocodiles who play in the Maple League. 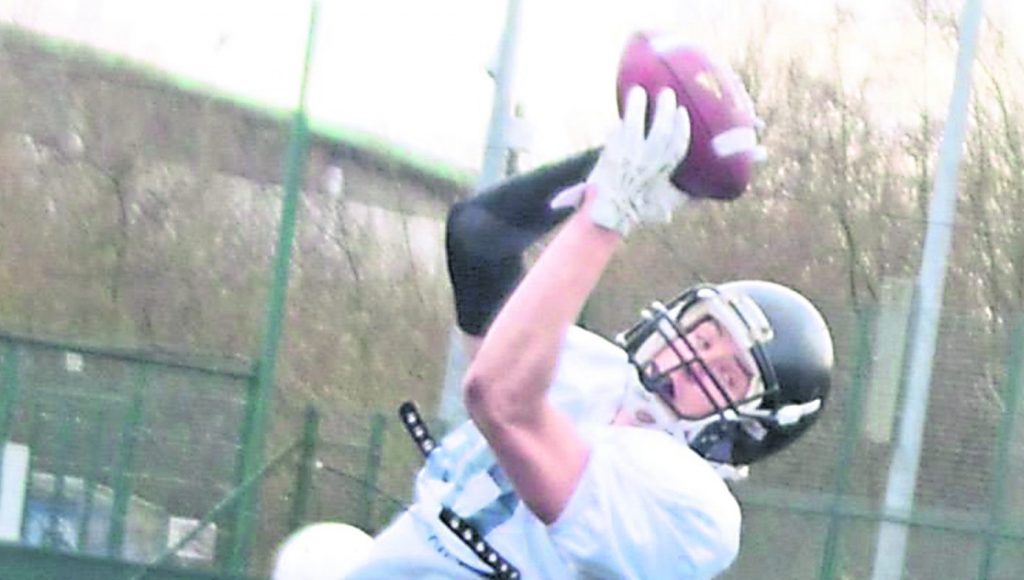 “So my first season there, I had like 13 touchdowns, 700 yards and all-star honours there. Last year I had about 16 touchdowns and about 1,400 yards so I really took off.”

This grabbed the attention of the Great Britain team and last September Thomas was lucky enough to play without training with the team.

He played against Cezch Republic and Russia and managed to score a touchdown against Russia which he describes as “pretty cool”.

His competitive season takes place from May to December and this year he’s moved clubs again, to Helsinki Roosters, the team that beat him in two finals when he was at Seinäjoki Crocodiles.

From this May he’ll be playing in the highest level league of AMF in Finland.

But at the moment Thomas is focusing on his studies, training with Great Britain once a month and the KU AMF team who play their season from November to February.

His favourite game when playing for KU was against rival University of Surrey, with both sides ready for the battle.

“The quarterback threw me the ball and I was on their side-line and it went straight through my hands and hit me on the face.

“Embarrassing moment and they were all just shouting on the side-line to me, ‘throw it to number 2, he can’t catch for shit.’”

Underestimating Thomas was their downfall.

“There were two guys there. I jumped up, got the ball and scored so I ran down their side-line, screaming ‘number 2, yeah number 2’, being cocky.”