A good week for Kingston with four wins, a draw, three losses and a loss via a walkover for the women’s rugby who were unable to field a team.

The men’s basketball got relegated after losing 89-46 away to Brunel University. They sit bottom with -3 points, having lost all of their seven league games and with only two left, they have no chance of staying up.

But the women’s tennis, netball and volleyball teams all won their games and the men’s rugby beat Imperial College London in their last league game, to avoid relegation.

Captain Lucy Carpenter was pleased with how her team played and thought Kingston deserved the win.

She said: “It was a good game. We all played well and the outcome was well deserved.”

In third place with eight points, Kingston are four points off from league leaders St Mary’s University so Kingston have a chance of winning the league.

They just need to win their next three games, against St Mary’s at home on the March 8th, away to the School of Oriental and African Studies on March 15th and then, and then an away game to St Mary’s on March 22nd.

The men’s rugby team avoided relegation to stay up in the BUCS South Eastern 4A league after beating Imperial College London fourth team 40-7 in their last league game of the season.

Kingston finish the league with 12 points, picking up four points from the game since they gained a bonus point from scoring four tries and winning by more than seven points.

Captain Bahador Eskandari was pleased with his team’s performance and the fact they managed to stay up but now has set his sights on the cup final on March 8th.

“It was really good. We came out here with a plan, stuck to it. We performed really well. We lacked a bit in the last 20 minutes of the game. Gave away a lot of silly penalties that we shouldn’t have but hopefully that’ll be fixed by next week in the cup final.

“Really glad but yet disappointed because we knew we could’ve won this league but we’re happy we got away from relegation and we’ve got the cup to look forward to as well.”

Walkover awarded to Portsmouth because Kingston could not field a team 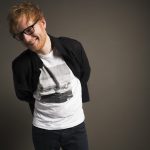 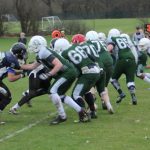