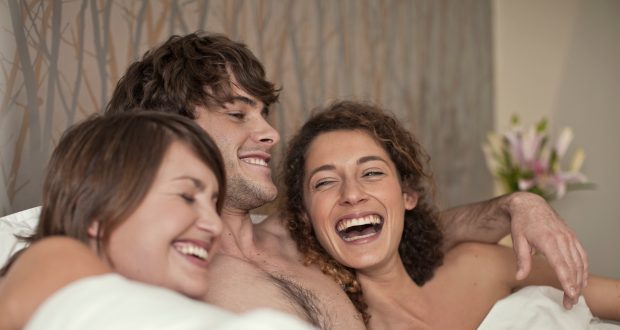 My boyfriend, his girlfriend and me…

Picture this: you walk into your boyfriend’s bedroom and see him screwing another woman. Do you freeze? Throw a hairdryer at him?

KU student Mary steps back, enjoys the view, lubes herself up and joins in.

The western world is less taboo these days, however, Polyamory, where a ‘poly’ person engages in relationships with multiple people with their consent, is something that isn’t considered the norm within a country dominated by monogamy.

“I was in a bad relationship with a man for most of my first year,” said Mary, “I needed freedom and to experience student life. I dated a girl for a few months.

“That girl, a gold star [someone who has only had sex with someone of the same gender], was the first of my lesbian thoughts. We were very flirty, she attracted me in the way a man would.

“I felt like a virgin at first with her. I didn’t expect sex without a penis to be good, but with her it was amazing. After things ended, I wanted to explore my bisexuality.”

Mary experimented with both men and women throughout her second year. Last summer at a festival she met 41-year-old silver fox Joe, who introduced her to the term ‘polyamory’. Mary realised that there was a whole world of sexualities that she had never contemplated.

“Polyamory is a choice as opposed to being straight or gay. The idea of family and being with one person and monogamy; that’s all we know growing up,” says Mary.

Sexuality expert Franklin Veaux says that ‘poly’ people have the same drive as monogamous people for intimacy and romance. However whilst monogamous people’s motivations for looking for partners switches off when they find one, polyamorous people still seek intimate relationships.

“I celebrate that I am a slut,” says Joe, a creative consultant. “The most people I have dated simultaneously has been seventeen: five couples and seven single partners, it was full-time, extraordinary and challenging.

“Polyamory can be seen as people that fuck around a lot, but it’s not really so much about sex, it’s about relationships, understanding and clarity. There are always emotional connections within my relationships.”

Mary confessed she had a spark with Joe the moment they met, but she was hesitant about becoming involved with him because he was openly having sex with other people.

After much deliberation, Mary and Joe became a couple, although she had to deal with Joe living with his other girlfriend Annie, 38, who is also polyamorous.

She struggled with the fear that she was merely sex to a man with multiple partners and this nearly led to her ending the relationship.

She came to the realisation that her expectations were based on her previous relationships and that this was not a typical relationship.

“At the beginning of our relationship it was extremely difficult and it sometimes still is,” says Mary.

“As time goes on it’s become easier, I’m a lot more open and less jealous than I thought I was. I wouldn’t have thought I would be able to cope with it.”

Joe has been the key to unlocking Mary’s subconscious sexual desires. He slowly introduced her to the concept of dominant and submissive roleplay, where the pair uses a matching set of restraints: a collar, wrist and ankle cuffs handcrafted by Joe.

Bondage is not regarded as demeaning by Mary within her relationship: she is happy for Joe to take the dominant role because it is consensual and based on mutual respect and trust. 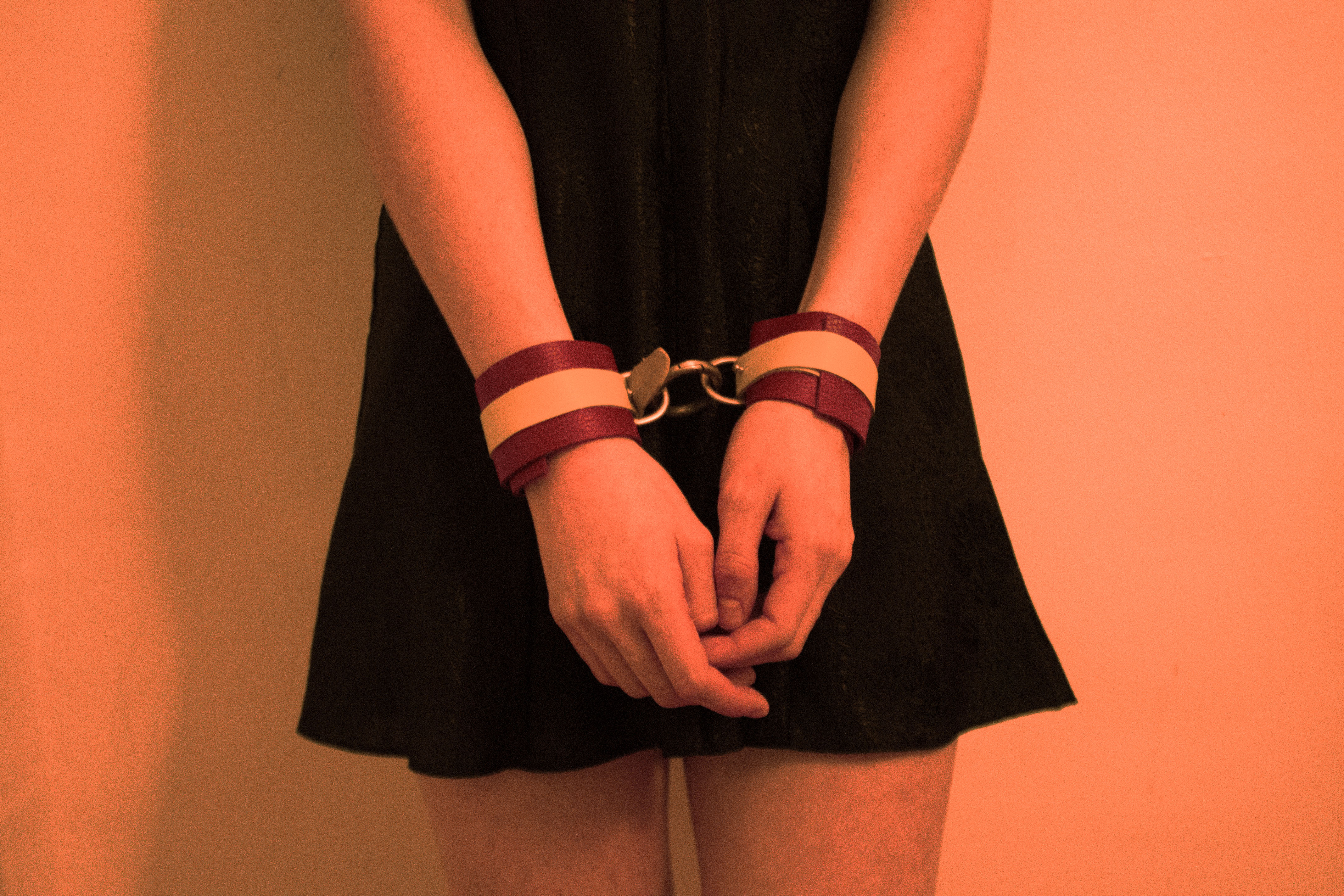 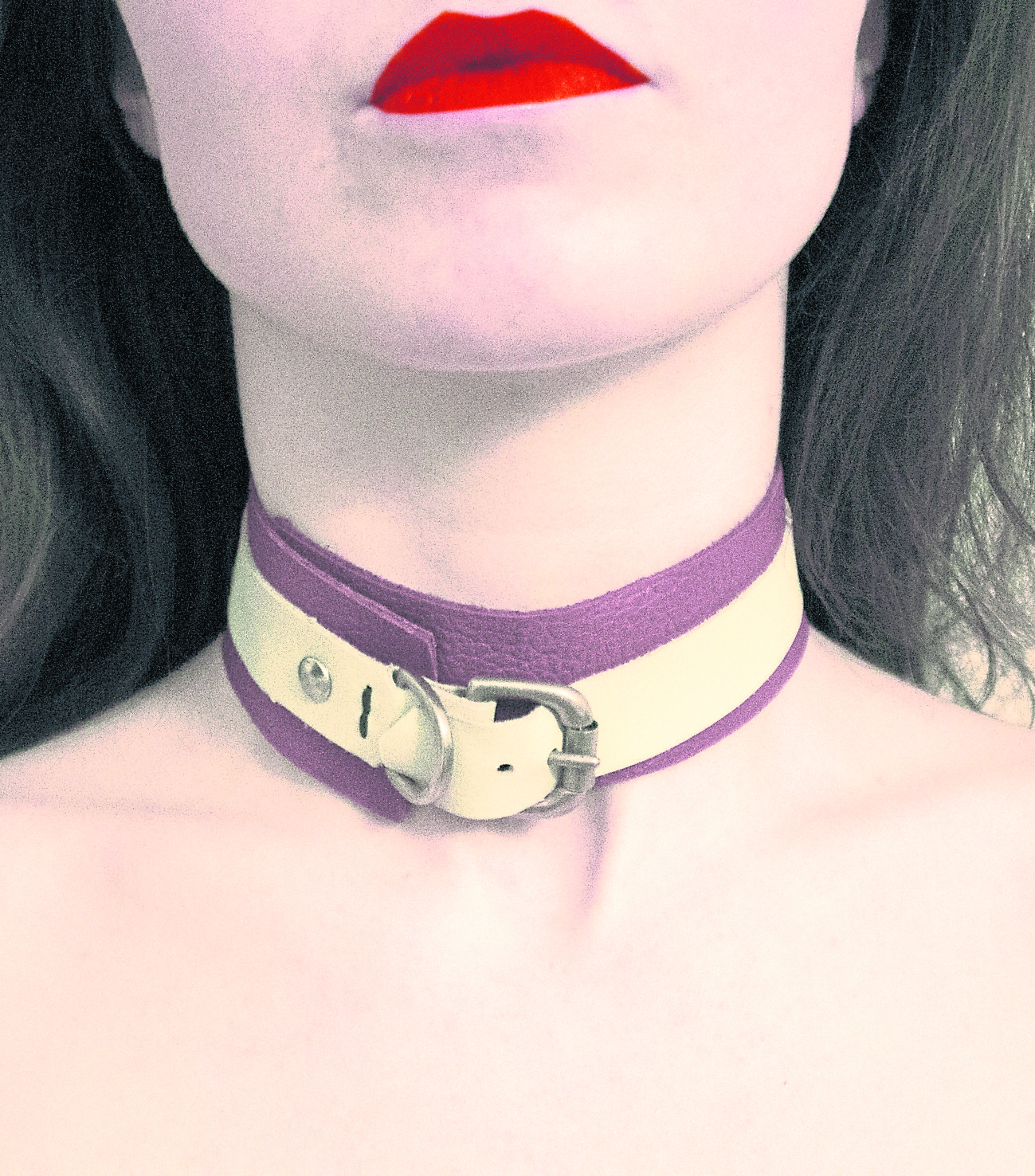 <
►
>
Mary's handcuffs: because not being in control can be the biggest turn-on. Photo Credit: Ameet Ubhi

Joe himself was introduced to polyamory at the age of 24, when he went on a third date with a girl and she told him about her husband.

“I went on a date with this cool hippy chick, and she began explaining to me that she was married, which scared me,” Joe says. “She reassured me and told me her husband was aware of me. I then spoke to him on the phone.”

The actual term ‘polyamorous’ was only introduced to him a few years ago.

She said: “I found it difficult because I’m emotionally involved with him. He’s an amazing guy. Although I don’t want to be monogamous with him, there is still part of me that finds it hard that someone else comes before me.

“I don’t know whether that’s the case in all polyamorous relationships. Sometimes it is difficult to not be jealous even six months later.”

Icebreakers in the form of gin and ecstasy calmed Mary’s nerves before the first ménage à trois. To her surprise, when she first witnessed Joe and Annie having sex, it actually turned her on. Although Joe was going down on her at the same time.

A highlight of Mary’s three-way encounters entailed the trio laying in a triangle on the bed performing oral sex on each other. All three climaxed at the same time, which she says was unforgettable.

She also praised “liquid love”: where the trio coated themselves in lubricant and played in an inflatable pool shaped like a double bed, the lubricant enhanced the sensations as the trio caressed and massaged each other.

“We rolled around a bit which was funny,” says Mary. “Sex is always funny with us, I think it’s because I have a friendship with this man. It’s not like serious sex: it feels like three friends hanging out having sex.”

Even if Joe was monogamous, Mary knows a relationship between them is unrealistic; the issue of the 20 year age gap means the pair are at very different stages of their lives. Mary is studying an arts degree at Kingston University whereas Joe wants children.

The situation works well for Mary at the moment. While she is stressed with her studies, a monogamous relationship is not her priority. Although she is having fun with Joe, he will not hold her back if she were to meet someone.

Mary said: “I still identify as monogamous. If I were to meet someone else, I would be likely to end things with Joe. I’m definitely not looking for another polyamorous relationship. Sleeping with one person is the way I like it.”

The word ‘polyamory’ is based on the Greek and Latin words for ‘many loves’.

A ‘poly’ person is someone who engages in, or is open to engaging in relationships with multiple people with their knowledge and consent.

Polyamory is not like cheating: a polyamorous relationship is defined by the fact that everyone involved knows about, and agrees to, everyone else’s involvement.

the practice or state of having a sexual relationship with only one partner.

Tessa is a News Editor for The River and is currently studying a bachelors degree in Journalism with Human Rights at Kingston University. She has previously worked for the Newsquest Media Group, Pollstation opinion sharing network and with the social impact charity Be Enriched.