New government plans for universities to offer two-year degrees is a predictable response to rising costs for students which is causing concern that less people will consider attending university.

The government are not even considering offering this with cheaper tuition which would be my assumed perk of doing a two-year degree.

It will be proposed as the cheaper compromise to keep people enrolling in universities even though UK students will now graduate with more debt that our peers in the US for the first time in history.

The two-year option has been proposed to save prospective students money by having a year or two less of paying living expenses, which is around £15,000 a year, but of course the amount of money going to universities will be the same as any other degree.

Shorter degrees have been suggested before but have never happened because universities did not want to charge less than the existing, longer degrees.

It is just another way to charge extortionate tuition fees to young people who are feeling more and more limited in their choices regarding higher education and its ever-rising costs.

These courses will obviously be more intense than current undergraduate courses and I believe that will be detrimental to prospective students.

Students already have a low amount of contact hours in their degrees.

If this amount of contact hours does not rise for the two-year degrees I do not believe they would receive enough valuable teaching and seminar time.

Another aspect is that students enrolled in these courses will have shorter holidays than their peers in three or four year courses.

In some ways, this could be a positive considering the stretched five month breaks we have over the spring and summer here at Kingston are incredibly long.

It can sometimes mean that coming back to university can be a shock to the system and it can also be monetarily difficult to sustain yourself over such a long period.

The counter argument for this is that it can give you time to work and get work experience related to your course but it seems to me to be five months a year where the university would have less outgoings.

Kingston is one of few universities that end their academic years so early.

But having such an intense course load with a limited personal time could lead to a feeling of being overwhelmed and perhaps not allowing enough time for students to get some work experience under their belts.

It feels like some sort of balance between the two may be needed.

Students and young people already suffer from mental health issues such as depression, anxiety so perhaps offering an extra intense course structure would not help in aiding these issues but increase them.

Perhaps universities should not be allowed to offer more intensive degrees without proving their mental health support is up to scratch.

If a student was to then have these issues affect them in a way where they had to re-do an academic year, the supposed monetary benefits of having on less year of university where they would not have to pay living costs would be completely null and void.

Let alone the question of whether they would still ask you to pay the proposed £13,500 a year if you should retake.

It would be more expensive than a normal three-year degree.

All in all, I would not want to be paying the same as a longer degree without an assurance that I would receive the same content, support, skills and quality as everyone on longer degrees.

I agree with Sally Hunt, general secretary of the University and College Union (UCU), who said: “universities must remain places of learning, not academic sweatshops.”

These two-year degrees seem like a quick, easy, conveyer belt to get the students in, take their tuition fees and get them out with little regard to the quality of the course and what the students will get out of it. 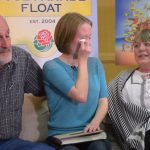 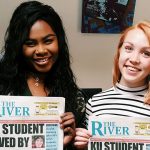