The remake of the classic 1990s sci-fi shows five medical students, open-minded about what happens in the after-life, taking part in a daring experiment. They stop their hearts for short amounts of time, each triggering a near-death experience. The twist on this is the sins of their past opening a paranormal door as a consequence of connecting to the other side.

This film is a poor remake and it repeats the same events as the original but focuses more on jump scares and horror rather than being a thriller, like the original film, with a hint of horror. It strips away all excitement that fans have been waiting for.

The original showed experienced doctors who were very knowledgeable about the experiment, but the remake shows five party animal medical students, who have a small amount of knowledge of bringing each other back from the afterlife and experience a drug like experience when they flat-line which eventually ends up going wrong when each flatliner’s past comes back to haunt them.

The cast was strong, from Nina Dobrev (Vampire Diaries) to Ellen Page (Juno). The film is interesting compared to the original, in the sense that it has a 2016 spin when the flat-liners hear each other’s drug-like experience encouraging the people to try it but the original is the only way the film should have been done. The remake is a dull horror flick with a pointless ending and leaves you questioning whether it was worth watching.

Overall this remake is a low 2 stars purely from the lack of horror that the original had. Watch the original and save your money on this disaster of a remake. 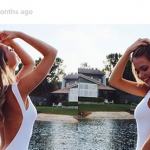 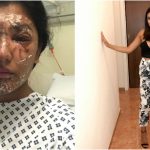