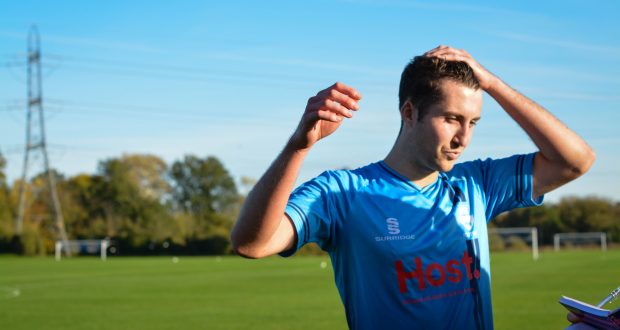 Kingston University Football Club president and first team captain Greg Potts has predicted success for Kingston’s football teams this year in an interview with The River on Monday October 23 night.

Potts, 21, spoke of his hopes to deliver trophies to KUFC hailing new coach Besim Ali, a sponsorship deal with Host and new players as potential keys to success this year.

He told The River: “I would like us to win the league.

“It’s achievable this year: we’ve got good training sessions, a good setup and good commitment from the players.”

Despite the men’s first team losing their opening game 1-0 to London School of Economics on October on October 11, Potts said he was encouraged by the performance and hinted the team would be buoyed by the two victories in friendly matches against Chichester on October 18 and Roehampton on October 4.

Potts also hinted at Ali’s involvement within the squad this year. Ali is currently Fulham U23’s performance analyser and Potts commented how his philosophy has made a noticeable improvement to the style of KUFC’s play.

“Personally I would love to get a few goals as well.”

Potts also said the squad this year is much stronger than previous years, both physically and technically.

KUFC’s first team will next host Canterbury Christ Church University on Wednesday October 25 afternoon before facing a daunting trip away to Reading who are top of the South Eastern 4C division.