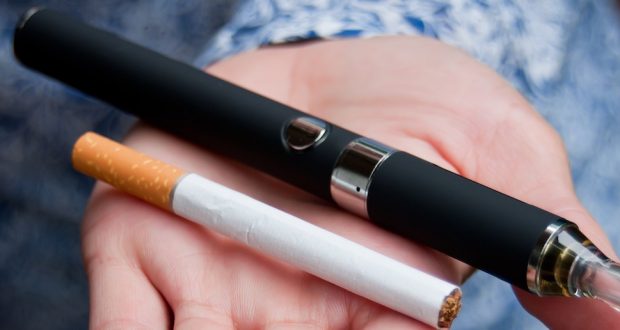 Vaping away your life to an early grave

Last week a Tory MP said that pregnant women struggling to quit smoking should be given free e-cigarettes and the Scottish NHS declared that e-cigarettes are definitely less harmful than smoking.

Whatever the statement, may we please agree on one thing, inhaling smoke into your lungs no matter what form is stupid.

I do have a personal bias against the stupidity of smoking. My dad, a non-smoker, owned and worked at a pub for 25 years and for the majority of those years smoking inside pubs was legal.

The year laws were passed making it illegal to smoke in all public enclosed places was a happy day for us as a family. Since due to the years of passive smoking, my dad had had two silent heart attacks, two increasingly aggressive bouts of pneumonia and developed a persistent cough that hasn’t left him.

Sure e-cigarettes are not to be blamed for my dad’s probable shortened lifespan but let’s not ignore the fact that health experts stand conflicted on the effects of e-cigarettes on non-smokers.

Health experts at medical conferences around the world cannot seem to reach a conclusion on whether vaping products are less harmful or just more means of making people with addictive personalities give away the majority of their savings to genocidal tobacco companies that own these e-cigarettes.

The crux of the pro and against debate for e-cigarettes remains split. Whether people should promote any product that reduces harm and is safer than smoking? Or whether enough research is yet to be done to even claim that the longterm effects of e-cigarettes won’t be as dire?

It did after all take decades for apparently the smartest species in the world to realise what the actual effects of smoking were, thus it wouldn’t be prudent to suggest that vaping away is definitely safer and smarter than smoking.

The main cause of concern with e-cigarettes remains the flavourings and nicotine that goes straight into the lungs which some argue can be almost as harmful as sucking on a cigarette butt. I’d recommend holding off before pregnant women are given e-cigarettes to suckle on.

The idea of inhaling chemicals has never appealed to me nor has the argument, “we are all going to die anyways”, often made by smokers ever made any sense. If the idea of cancer is so serene to them then by all means do it in a way that would cause less harm to others. If dying is so sexy then consider leaving your organs in a better state so that doctors can retrieve them and put them inside someone who appreciates life more than you did.