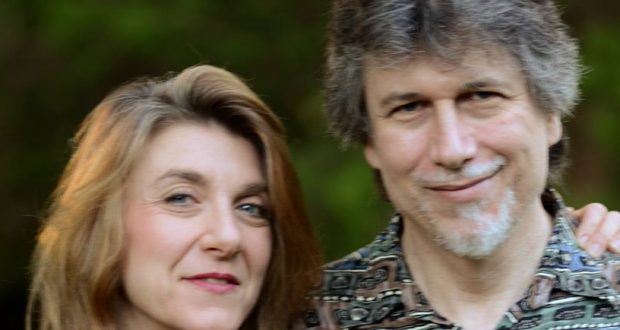 A ­­­­sacked KU music lecturer accused of a campaign of harassment against the University’s former vice chancellor, has finally had a legal case against him come to a close.

He was convicted of “using threatening, abusive or insulting words or behaviour or disorderly behaviour” over an encounter with Sir Peter Scott at a bus stop in Kingston in July 2009.

Surrey Police named him as their second most wanted man on their most-wanted list Following this, Fredrics left the UK to live back home in New Jersey, US as he had received several anti-Semitic death threats against him.

Dr Fredrics, 54, refused to travel to the UK from his home in New Jersey to answer the charges, claiming he lacked the money, had issues with his visa and feared for his safety.

A hearing was held in his absence last month at Wimbledon Magistrates and he was given an absolute discharge, there will be no punishment for the offence.

The case has been described by The Times Higher Education as one of “higher education’s most bizarre legal sagas”.

Fredrics told The River: “I was charged based on the insulting words clause, Section 5 The Public Orders Act 1986, so calling Peter Scott a criminal.

“That’s what it all came down to, nothing more. I didn’t use foul language, or make rude gestures or anything like that, nothing that in any way would have been offensive to anyone else. Other than calling Peter Scott a criminal, which I honestly believe to be true.”

Fredrics said there was a complaint made against him in a witness statement by Peter Scott, alleging that he repeated the allegation at least 100 times. Peter Scott has no criminal convictions.

He added: “At least now I have this absolute discharge which I understand means I am technically still convicted, but they’ve decided there’s no punishment to be meted out.

“It may be the case that I can’t get the costs back for the Public Order charge, I’m not sure about that. The charge is resolved one way or the other and I’m no longer wanted.

“I should be able to apply to get my costs back for the harassment case. However, I need to get legal help on this which cost money.”

Now living back home in New Jersey, US with his wife Lori, he said: “My entire life savings are gone, I have nothing left because of this.

“It really did set me back financially, I’m in a terrible financial state because of it. I spent £100,000 in legal costs for my employment tribunal case.

Sir Peter, who headed Kingston University until 2010, appealed to the World Intellectual Property Organisation to shut down a website run by Fredrics containing allegations against the academic, but the case was rejected.

“If Peter Scott wished to act he is still free to take civil action against me by suing me for defamation, but he didn’t.

“The terrible and sad thing about all this is that in January 2010 the court dismissed my employment tribunal case, principally because of the way I conducted the proceedings, and the fact that I was convicted of harassing Peter Scott.”

Fredrics was sacked from Kingston University in 2006 after having worked there since 2002.

In 2009, the American academic was initially convicted of harassing Sir Peter, based on the contents of the “satirical” website in 2009, but he was acquitted after a retrial in 2010.

Fredrics said: “If KU apologises, acknowledges wrong doing and make a reasonable donation to an anti-bullying charity to show that they are serious about making amend. They should turn over a new leaf. If KU did this, they would find my website goes away quietly, with a nice message saying ‘Kingston University has made amends’.”

Sir Peter has chosen not to make a comment on this case.