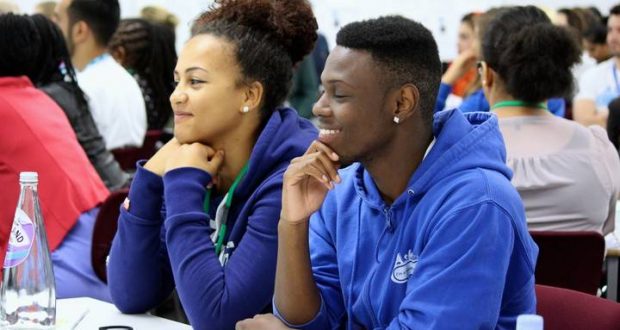 Written by Sophie McConnell on November 27 2017

An Afghani asylum seeker has said he hopes to gain an exceptional grade in his degree after receiving one of a handful of KU scholarships given to young people fleeing persecution.

Ahmed Mohammed, whose name has been changed for confidentiality reasons, is one of the 14 current students studying under the Sanctuary Scholarship scheme and joined Kingston in 2015 to study aerospace engineering.

Mohammed said: “The scholarship inspired me to go to university and gave a pathway which previously felt like it had been completely blocked.”

Since the start of the 2014/15 academic year, Kingston University has been offering the Scholarships to individuals from groups under-represented in higher education.

Places have been allocated to students from a wide range of countries including Nigeria, Afghanistan, Bangladesh, Sri Lanka, The Gambia and Vietnam.

Mohammad’s ultimate goal is to achieve an exceptional grade in his degree programme and work on aircraft design.

“In the future I would like to consider the opportunity to complete a Masters and become a Chartered Engineer,” said Mohammed.

Mohammed has made many friends on his course, however, the ultimate challenge for him remains financial.

“I believe I need support in travelling expenses as it is costly going by train and I also frequently skip meals during university hours as my course is 9am-5pm. I sometimes find it difficult to obtain a decent meal during the day,” he said.

A spokeswoman for KU said: “The scholarships provide a full fee waiver and an annual bursary of a minimum of £3,000 to support students with their living costs. Successful applicants are also designated a member of staff to provide support, guidance and opportunities throughout their studies.”

At the age of just four, Ahmed and his family travelled to the UK from Afghanistan in a bid to seek asylum from the Taliban movement and conflict within the country.

For the past 16 years the Mohammed family has awaited a decision from the Home Office on their right to remain within the UK. Their current immigration status – discretionary leave to remain – provides few entitlements and as a result no member of the family has a right to work and instead they rely solely on minimal benefits.

Ahmed’s current immigration status has held him back significantly and limited many choices he may otherwise have made.

Mohammed’s current immigration status has held him back significantly and limited many choices he may otherwise of made.

He could not take up an engineering apprenticeship or gain a driver’s license and due to lack of access to student finance other education options appeared unlikely.

After becoming aware of the Sanctuary Scholarship Awards programme, Mohammed gained a place at Kingston University where he receives a full fee waiver and a bursary to support with study and travelling costs.

For three years the University has offered Sanctuary Scholarships and two students have already successfully graduated due to their scholarships.

The KU spokeswomen added: “Each year we offer a number of Sanctuary Scholarships as part of the Article 26 project to students who would otherwise be unable to fund their studies.

These scholarships are awarded through KU’s association with the Helena Kennedy Foundation’s Article 26 project, which is a charity that seeks to overcome social injustices.

Students awarded Sanctuary Scholarships, such as Ahmed, are also offered a place on the Compact Scheme, run by the University’s award-winning Widening Participation team, whose work was recognised with the NEON (National Education Opportunities Network) University of the Year Award for the second year running.