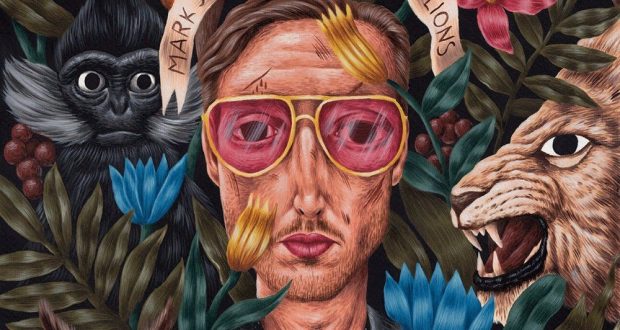 Written by Eric Brain on December 8 2017

Mark Stoermer parted ways with The Killers in May 2016, a move that led him to pursue his solo music career in a weird and wacky way only he could.

Stoermer wanted to experiment and push boundaries, and his latest album Filthy Apes and Lions does just that.

Boundaries between rock, vibrantly upbeat alternative indie and trippy acid jazz are blurred and wrapped up by exquisite production and heady ambition, often sacrificing lyrics for intriguing beats in Filthy Apes and Lions, making it a genuinely well-done album – albeit sometimes difficult to listen to.

Racing in the Rain explores genres and sounds often covered by the likes of Mika, Arctic Monkeys and Razorlight. It’s a great tune for when you’re needing some easy-listening, chill moments.

Listening to The Perennial Legend of Dr. Mabuse – yes that really is the song’s title – is much like visiting one of those thought-provoking modern art exhibitions where you say you get it, but you and everyone else around you really knows you don’t.

It doesn’t really go anywhere after the crescendo, the lyrics struggle to resonate with listeners, something only great songs can do. Despite the wonky haunted house piano playing at one minute in, it’s a bizarrely intoxicating song, something you don’t want to listen to but you will, because you just want to be able to ‘get it’.

Mica Rae is full blown coffee shop vibes and is one of the better songs on the eight-track album. Backed by a funky 60s-esque bass and electric guitar beat, Stoermer’s vocals finally have the ability to shine.

The song echoes The Killers’ way of hit-making, an upbeat rock vibe with sing-along lyrics and is a genuinely enjoyable listen.

Arguably the most experimental song is Muju’s Revenge, a Pink Floyd-tinged, bass guitar riff-packed tune with added noises from the jungle.

It’s just one of those to stick on for your 3am come down, or to have on quietly in the background with whisky on the rocks as you appreciate Stoermer’s mix of trippy 60s Dark Side of the Moon come Miles Davis’ Get Up With It psych-rock sounds.

Annoyingly, Muju’s Revenge was where the good stuff started and ended. The final two tracks disappointingly repeat much of what we heard at the beginning. Annoyingly, Stoermer missed his chance at redeeming himself with this album.

There is no denying Stoermer’s musical skills are astronomically good because the album explores so many areas of music, catering to a very niche crowd with his wayward approach to alternative indie rock.

Is this a stick it on in the car and drive album? No. It’s not meant to be. After listening to it three, maybe four times, you learn to appreciate it a bit more. The tracks that do stand out do just that, and you will bloody love them afterwards.