People with mental health issues are more likely to be victims of crime than the rest of the population, new research by a KU professor has shown

Written by River Reporter on November 1 2013 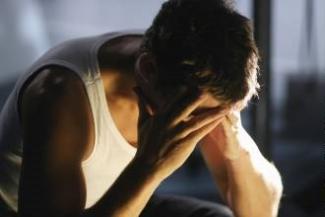 People with mental health issues are more likely to be victims of crime than the rest of the population, new research by a KU professor has shown.

Professor Vari Drennan, who carried out the research in collaboration with charities Victim Support and Mind, found that people with mental health problems tended to be repeated victims of crime. They also found that crimes that were reported by or about mental health victims were questioned and ignored by authorities.

“Public perception is that people with mental health issues are more likely to commit crime than be victims,” said Professor Drennan.

“However, this report highlights the high incidence of crime against this vulnerable group, and the serious impact it can have. They face significant barriers in getting the help they need when they report and address these incidences.”

Professor Drennan is based in the Faculty of Health, Social Care and Education at Kingston University and St.George’s, University of London.

One of the first of its kind in the UK, the study focuses on the stigma associated with being tagged as mentally ill. It also takes a look at the repercussions of victimisation.

Results also suggested that police would often discredit anything that was reported by or about a person who was mentally ill.

The professor said: “Police need a greater understanding of people with mental health issues as victims of crime and need to recognise they may have less resilience to cope with its effects than others.”

Deprived of support from local authorities

The rigidness of the government authorities, such as the police and health services show that such people are deprived of getting help and support that they require, the researchers said.

Tor Haugland, 23, a third-year psychology student and head of the psychology society said: “There isn’t a big understanding for people with these issues, as they are labelled by society.

“We organised a World Mental Health day to raise awareness about certain mental health issues. Through education and information you create a sense of respect towards it.”

The full study can be viewed through the Victim Support website.