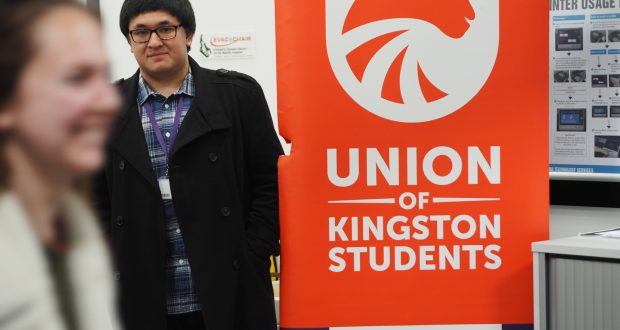 Since high school, he has struggled with depression and feeling invisible. Melina Pambou Sundfør talks to Patrick Tatarian about his loneliest hours and how his job as Roehampton Vale officer saved his life.

The government has appointed Tracey Crouch as the ‘minister for loneliness’, a project started by the late Jo Cox, to help tackle the epidemic suffered by an estimated nine million adults in Britain.

The River’s Melina Pambou Sundfør sat down with KU graduate, Patrick Tatarian to talk about the issue, how he still struggles with loneliness and depression and what he does to overcome it.

Years ago, Patrick came close to taking his own life.

“All I remember is sitting on the kitchen floor with a knife to my throat late one evening, ready to end it all. When your brain is constantly telling you that you’re better off dead, survival isn’t a priority.

“It came to a point where I felt that everything I was doing was wrong, that I was causing more problems than good. I felt as though I was a burden and so I thought that the only way to stop the suffering was to end it all.”

Difficulties of reaching out

He remembers his depression at its worst when he was in high school, feeling alone and the difficulties of reaching out and to making people understand. Sometimes, he still feels lonely.

“It is horrible to feel alone. I’m constantly surrounded by people but every time I have a conversation with someone I feel like I’m just bothering them and they didn’t even want to speak to me in the first place.

“Whenever I’m in a group of people I feel like I’m just ‘there’ on the side-line. When I do speak to someone, they seem to immediately switch over to someone else at the first opportunity.”

The 23-year-old graduated from Kingston University last year with a BA in aerospace engineering and for the two last years he has been an officer at the Student Union. Despite struggling with depression, he has gained confidence by pushing himself to approach people through his job as an officer.

“This job has helped me a lot with my confidence issues. Previously, I was too shy and so I never really talked to anybody. Now that I’m doing this it has opened a lot of pathways for me to meet new people.

“When I go to conferences I get to meet with officers from all over the country, and I wouldn’t have had that opportunity if it wasnt for this job, and for that I’m grateful.”

The value of university

Patrick sees the value of university and how working for it has made things better for him. He says: “I wouldn’t have been here today if I wasn’t an officer. I wouldn’t have had different people speaking to me, I would have been just a nobody. If I wasn’t doing this, I would have been irrelevant. The title of ‘officer’ comes with a lot of privileges. You become well-known among students because you are basically their elected leader. Without that, I would literally just be nothing, I would just be there on my own.”

Patrick believes that getting involved in a society is a great way to meet like-minded people who could end up becoming your closest friends or your ticket out of loneliness. He acknowledges that the University is working hard to tackle loneliness and depression, and urges students who feel like this to take advantage of the help offered to them.

“The University is doing the best they can and they can support you. My job as an officer has helped me a lot and I’m very thankful to the Union for being so understanding, helping me get to where I am now and do the best I can for my students.”

One of Patrick’s most important pieces of advice when it comes to dealing with depression and loneliness is to always listen to yourself and know your own limits so as not to push yourself over the edge. He also thinks that it is vital to get professional help, and talk to someone that doesn’t know you personally and can see your situation from a different point of view.

“I won’t put myself in any situations where I feel it is going to affect me too much and cause me to have a mental breakdown”, says Patrick.

“Regardless of who you are, you need to reach out. Don’t listen to people who say, ‘suck it up’ or ‘man up’. That just makes you weaker and ultimately ends up breaking you.”

Take a minute and look around you

Patrick thinks it is important to remember that although some people who are suffering with mental health issues need their own space, we should not assume that this is true for everybody. Reaching out to someone while also trying to tackle depression could be too difficult for some, therefore people need someone to be paying attention to them.

“Think twice about things, both what you say and what you don’t. Have you forgotten to talk to someone in a while? Give them a call, make them aware that you are there for them. Check up on your friends.”

Being young with a busy schedule, it might be hard to take notice of people around you. Your own life and problems are your priority. However, while your life is rushing by, take a minute to look around you. Look for people who might just need someone to talk to. Five minutes of your time could mean the world to someone else.

As Patrick says: “People who are struggling with loneliness and depression don’t need advice, they need support. When someone is feeling down, they just need someone to be there and just talk to them, to just talk about normal stuff to help them not feel so alone anymore.”